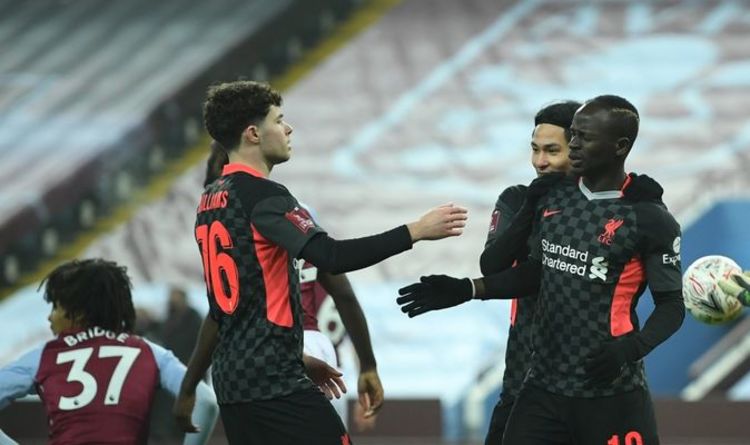 Liverpool booked their place in the fourth round of the FA Cup, overwhelming an Aston Villa youth side 4-1. Villa were forced to rest all of their senior players due to a Covid outbreak, with Dean Smith watching the game from home. Despite that, Jurgen Klopp showed his ruthlessness by naming an extremely strong XI.

And it looked like it would be a routine night for the Reds when Sadio Mane opened the scoring in the early minutes. But the Villa academy side roared back and stunned the champions when Louie Barry made it 1-1 before half-time.

Liverpool appeared to grow increasingly frustrated in the second period, before a quick fire treble from Gini Wijnaldum, Mane and Mohamed Salah put the game out of reach.

Here’s how Express Sport rated the Liverpool players on a dnight where they avoided what would have been the ultimate cup upset:

Couldn’t do much for Barry’s goal as he coolly slotted beyond him. Nothing more than a spectator for the rest of the night.

The wily old veteran was almost twice the age of much of the opposition, but shows no signs of letting up. Constantly in attacking areas and looking to get balls in the box.

Ruthlessly exposed by Louie Barry to allow the former Barcelona forward to get the wrong side and then clinically fire home an equaliser.

JUST IN: Liverpool ridiculed by rival fans after first half against Aston Villa 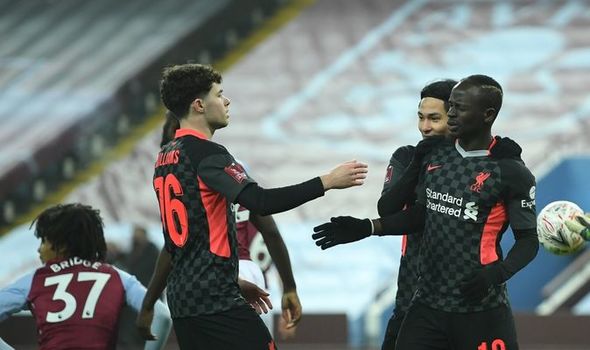 Looked far too easy for him for much of the night. Was dispossessed once in the first half, but as expected, he looked a class above.

Almost created a goal for Salah after being expertly found by Thiago. The difference in the quality of cross between him and Trent Alexander-Arnold is startling however.

Delightful cross in for Mane’s opener, struggled to get into it after that and was booked for a foul on Bridge as the first-half dwindled down.

Had lots of the ball with the senior side monopolising possession in the opening 45. Missed a tackle in the build-up to the equaliser. Failed to take up a shooting opportunity that presented itself to him. Subbed at half time. 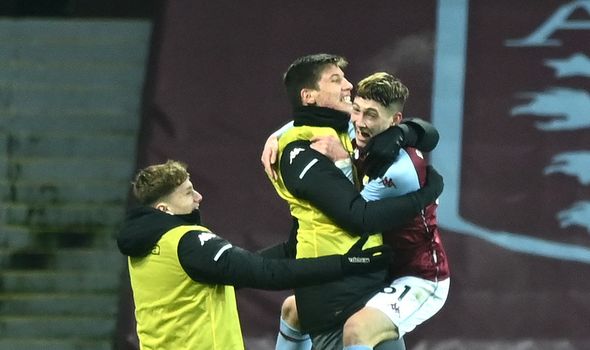 Missed a real sitter with the game at 1-0, but made up for it with a classy finish to put them back in front on the hour mark.

His last touch was to set up Wijnaldum’s goal. Aside from that he was pretty ineffective and did little to push for his inclusion in the Premier League.

Opened the scoring with a clinical header, but raised some concerns after it appeared he picked up a knock in the incident. Did have a quiet spell, but scored his second of the night with a deft looping header. Unlike some others looked really up for it, despite the opposition. A winner. 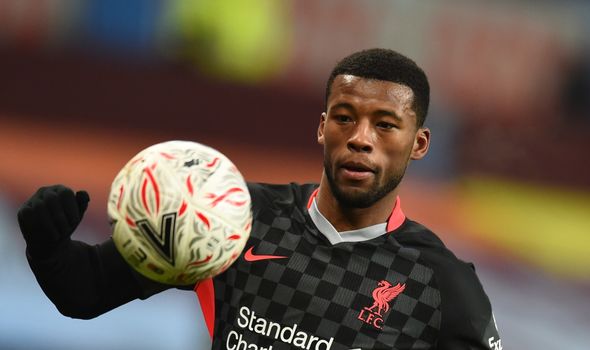 Cut a really frustrated figure for an hour, after missing a good chance in the first half and then having a goal ruled out in the second. Turned on the style then to help create Wijnaldum’s strike before ending his own mini drought with a wonderful finish.

It hardly seemed fair when the former Bayern Munich man emerged from the tunnel at half-time. Put in a really delightful cameo, sees passes that nobody else on the pitch does. Rattled the bar for good measure. Far too good.

Struggled to have much impact with goals flying in to all but kill the tie shortly after coming on.

Wouldn’t have expected to be called upon but came off the bench and looked busy.

Oxlade-Chamberlain (on for Salah, 74) N/A