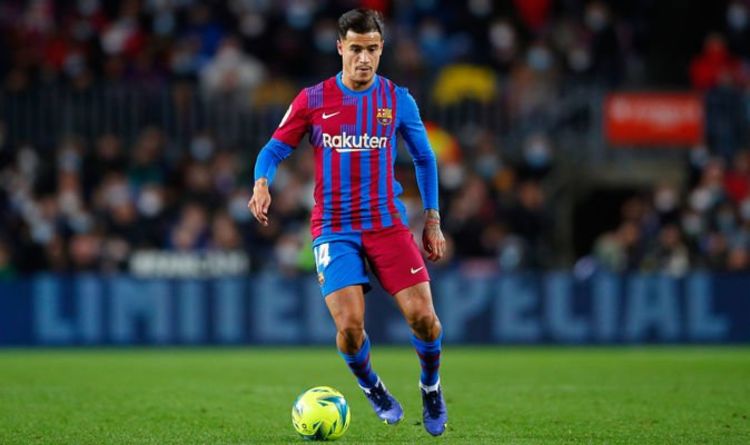 Liverpool have been tipped to make a move for former playmaker Philippe Coutinho during the January transfer window. The 29-year-old departed Anfield for Barcelona four years ago but has fallen out of favour at the Nou Camp.

The Reds could turn to Coutinho to help them stay in the race for the Premier League title.

Jurgen Klopp’s side have fallen 11 points behind leaders Manchester City after picking up just two points from their last three matches.

Barcelona, meanwhile, are keen to offload the creative player to free up space in their budget to register new signing Ferran Torres.

But if Coutinho did return to Anfield, it could spell disaster for a string of the Reds’ current charges.

And Express Sport takes a look at four players who could be impacted by the midfielder’s return.

A combination of injuries and competition for a place in the side has meant that Naby Keita has never really had an extended spell as a first-team regular at Liverpool.

The 26-year-old joined the Reds from RB Leipzig in 2018 but has had to be content with a place on the bench for many of the games he has been available for.

Keita, who has already been tipped to leave Liverpool next summer, could fall down the pecking order if Coutinho is asked to play in a midfield role.

Barcelona are apparently interested in the Reds man – so the two clubs could even agree a swap deal between Coutinho and the Guinea international.

A return for Coutinho could see Alex Oxlade-Chamberlain’s time at Anfield coming to an end.

The 28-year-old has endured inconsistent form at Anfield and already struggles to get in the team when everyone is fit.

Coutinho would clearly give Liverpool more attacking threat than Oxlade-Chamberlain offers and would instantly go above him in the midfield pecking order.

Sadio Mane could be adversely affected if Coutinho were to put pen to paper on an Anfield deal for the second time in his career.

Coutinho is adroit at playing on the left side of attack and his arrival on Merseyside would create even more competition for a place in the Liverpool frontline.

In fact, the majority of the playmaker’s appearances during his previous spell at the Reds came on the left wing.

Mane has struggled for form recently and had gone nine games without scoring before he found the back of the net against Chelsea at the weekend.

Klopp would surely want both Mane and Coutinho in his starting line-up – but the Senegal international needs to rediscover his top form.

Harvey Elliott appeared set for a breakthrough campaign at Anfield this season.

But he fractured his ankle against Leeds United in September and has since been out of action.

The 18-year-old is set to return to training later this month but will have his work cut out reclaiming his starting place if Coutinho is at the club.

Liverpool already have a plethora of talent at Anfield – and Coutinho’s presence could lead to a lack of opportunities for Elliott. 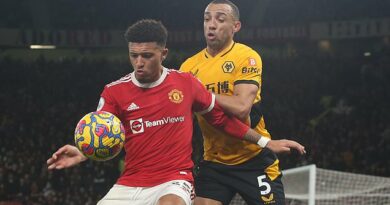