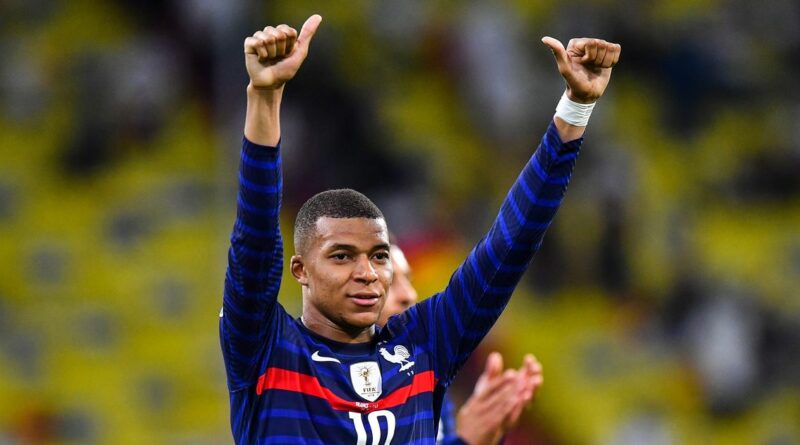 Rumours linking Kylian Mbappe with a move to Liverpool continue to gather pace, as the Frenchman stars for Les Bleus at Euro 2020.

The Paris Saint-Germain attacker starred for France as they defeated Germany in their opening game of the tournament, with the 22-year-old having a stunning goal ruled out for offside.

Mbappe is entering the final year of his contract at the Parc des Princes and has been linked with a departure from the French capital.

If Mauricio Pochettino’s side cannot agree a new deal with their star man, they would have to sell him this summer if they wanted to recoup any of the £130million they paid Monaco to sign him.

That has opened the door to a potential move to Liverpool, with the Reds seeking to upgrade their attacking options this summer.

While Mohamed Salah once again starred in front of goal, Roberto Firmino and Sadio Mane both suffered downturns in form.

Bringing Mbappe to Merseyside would immediately return Jurgen Klopp’s side to the status of Premier League title contenders.

The young Frenchman is regarded as one of the best young stars in the sport and scored 42 goals for PSG in the season just gone.

But with his future uncertain, attention has now turned to his potential destinations, with Liverpool emerging as one of the frontrunners.

A look at the shirt numbers that would be available to Mbappe should he move to Anfield could give hope to Reds fans that they would make an attractive destination.

That is because the shirt number that Mbappe wore when he won Ligue 1 with Monaco, number 29, would be available for him to wear at Anfield.

But the number 7 shirt he currently wears for PSG would not be available, with that number taken by James Milner.

His squad number for France is 10, but that is worn by fellow attacker Mane, who would be unlikely to relinquish it.

The Frenchman could also look to the 30s for a shirt number, with Joel Matip the only Liverpool man to use a number in that range, that being 32.