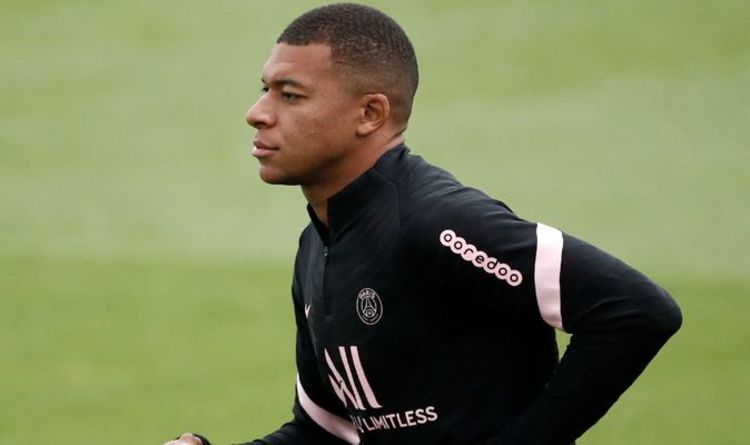 Liverpool should hijack Real Madrid’s pursuit of Kylian Mbappe amid the fallout from Lionel Messi’s sensational Barcelona exit. The La Liga giants confirmed on Thursday that Messi would no longer be their player, sparking speculation the Argentina star could join Paris Saint-Germain before the transfer window shuts.

Barcelona have waved goodbye to Messi as they couldn’t afford to give him a new contract under La Liga’s salary limit – with president Joan Laporta saying on Friday that trying to keep the 34-year-old could have put the club at risk for half a century.

It remains to be seen whether a solution can be found that would enable the Argentine supertar to stay.

But Messi has already entered talks over a potential switch to PSG before the transfer window shuts, according to Fabrizio Romano.

That raises the tantalising prospect of a dream front line for the French club featuring Messi, his former club-mate Neymar and World Cup winner Kylian Mbappe.

However, while Messi is now available on a free transfer, it would be a huge financial undertaking to pay the forward’s mammoth salary.

And super-rich PSG must still operate within financial fair play rules – meaning Mbappe could get the move he reportedly wants.

The 22-year-old has just a year left on his contract at the Parc des Princes, and Marca reported last month that he told the Ligue 1 side he wants to leave for a new challenge.

Real Madrid has long been touted as his next destination, and if he is determined to leave, PSG may decide that it’s better to cash in and help fund their contract offer for Messi, rather than risk losing the French forward for nothing next summer.

Even before news of Messi’s exit broke this week, it was already being reported that Mbappe would join Madrid either this summer or next.

But he has also frequently been linked to Liverpool, with he and Jurgen Klopp having expressed their mutual admiration of one another.

Following the Reds’ 2019/20 title triumph, Mbappe said of Klopp’s side: “Liverpool have been a machine in the Premier League. They have made winning look easy but the truth is that it is never easy.”

And of Klopp himself, he previously said: “To be as ruthless as they have been would come from lots of hard work in training and from having a very good manager.”

Klopp has returned the compliment, saying he “loves” watching Mbappe, and admitting: “From a sporting point of view, there are not a lot of reasons to not sign him. What a player he is!”

Liverpool’s spending in the past few transfer windows suggests they are not about to break the bank, even if a player of Mbappe’s calibre is on the market.

But there is a clear need to provide a succession plan to their established front three of Mohamed Salah, Sadio Mane and Roberto Firmino.

And with the signings of Alisson and Virgil van Dijk in 2018, they showed that they are prepared to splash out record fees when the right player becomes available.

In a transfer window which has seen City smash the Premier League record to land Jack Grealish, and now Messi’s shock departure from the club where he has spent his entire career, it may be time to take a risk on what could be a unique opportunity.

Football: Jamie Vardy urges Leicester to 'do Vichai proud' ahead of Cardiff game