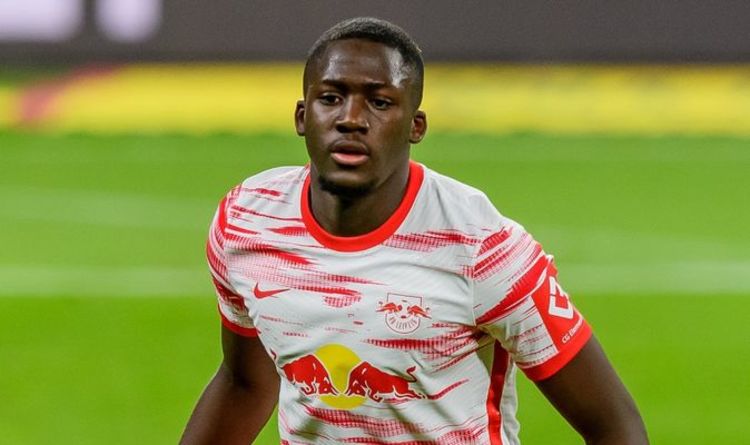 Liverpool defender Ibrahima Konate appears to have revealed which shirt number he will wear after completing his transfer to the Reds.

The Premier League side exercised the £35million release clause inserted into Konate’s contract at RB Leipzig and the centre-back officially joined last Thursday.

Liverpool needed defensive reinforcements this summer having had their top-flight title defence derailed by a devastating injury crisis.

Virgil van Dijk had his season ended prematurely in October. The Dutchman suffered an ACL rupture when he was the victim of a high challenge by Everton goalkeeper Jordan Pickford in the Merseyside derby.

Youngsters Nat Phillips and Rhys Williams stepped into the first team and grew in confidence after a tricky start.

Liverpool were unbeaten in their final 10 league matches and finished third, despite boss Jurgen Klopp ruling out their chances of Champions League qualification as late as March.

Konate will add depth to Klopp’s defensive options and appears to have revealed which squad number he will wear for the Anfield outfit.

The 22-year-old unveiled his new shirt to friends in the La Roquette district of France, where he grew up.

The jersey had the No 5 on the back, suggesting that he will take the number that Gini Wijnaldum left behind.

Wijnaldum has joined Paris Saint-Germain after his Liverpool contract expired at the end of last month.

Klopp has said that he is pleased to add Konate to his squad after the injury issues his squad suffered last term.

“After the problems we had with injuries in the centre-half position last season, there’s no doubt it was clear it was an area of the team we needed to strengthen,” Klopp said about signing the defender.

“But I first have to say that the job Nat [Phillips], Rhys [Williams] and Ozan [Kabak] did was incredible. Unbelievable really.

“In Ibrahima we are signing a player who will add to the quality we already have here. His physical attributes are very impressive.

“He is quick, he is very strong and he is dominant in the air.

“He comes to us after playing more than 90 times for Leipzig in the Bundesliga and European football.

“I’m sure that number would have been more but for some injury, but even so that means he already has experience of what it takes to compete in two outstandingly difficult competitions.

“He also played for a team in the Champions League in high-pressure matches, who have a similar football vision to ourselves.

“I am confident we are signing a player who can play for us right away, but he is a boy of 22 years of age who has room to improve because of his massive potential.

“I know that’s something he is eager to work on with us to become an even better player.

“For me, that’s really exciting because I have seen how good he is already and I’m looking forward to working with him when he joins up with us in pre-season.” 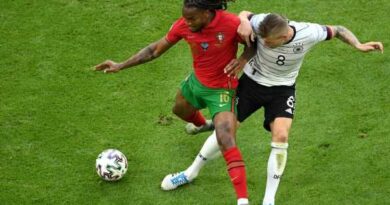 Euro 2020: Renato Sanches rises to give Portugal hope while shining a light on football’s ills