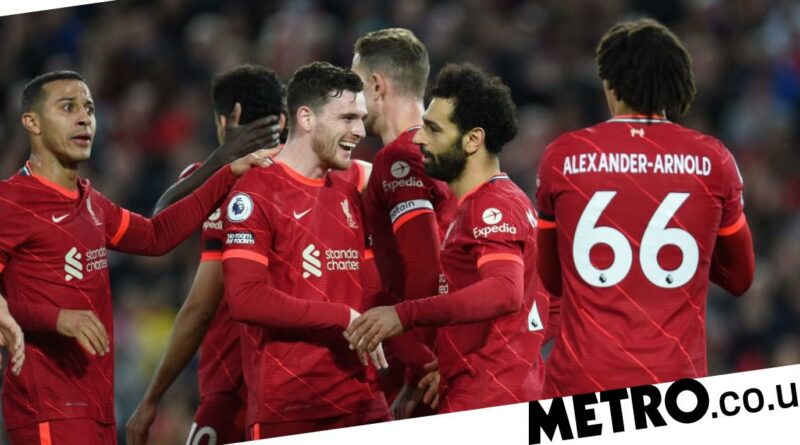 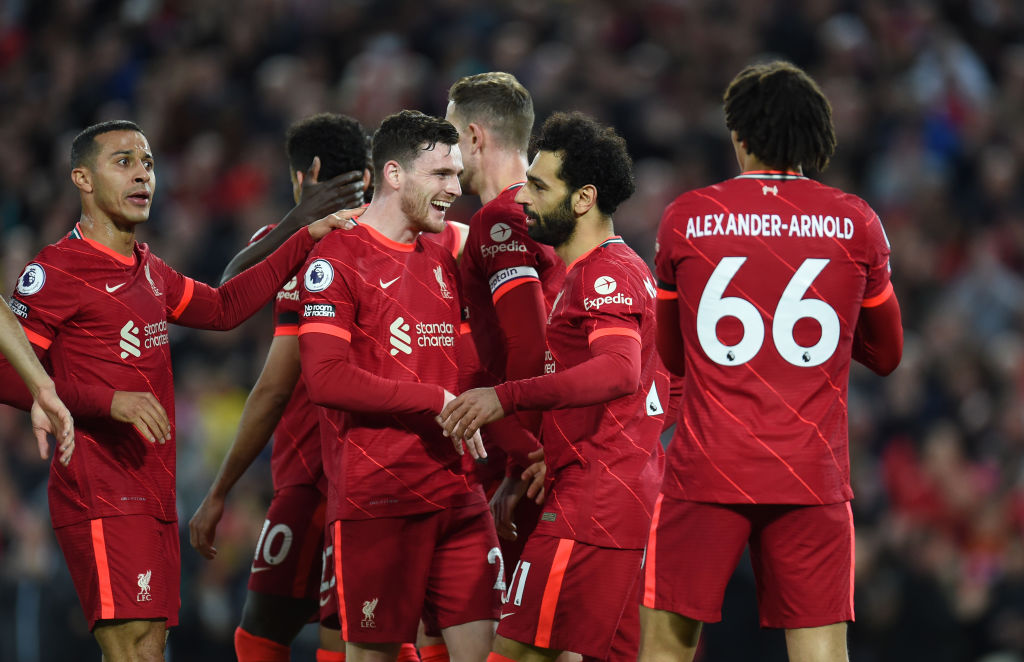 Liverpool returned to the top of the Premier League table with a rousing 4-0 win over Manchester United at Anfield on Tuesday night.

Goals from Luis Diaz, Sadio Mane and two from Mohamed Salah saw the Reds leapfrog Manchester City and lead the division by two points, although they have now played a game more than Pep Guardiola’s men.

The home side opened the scoring after just five minutes and, apart from a spell at the start of the second half, remained firmly in control of the contest from there on in.

Another lacklustre display from the Red Devils will have frustrated United interim manager Ralf Rangnick, who watched his side walk around the pitch to little effect in the first period.

Things did improve for the visitors in the second half, but the scoreline did not and there was also a loss of discipline at the end of the game as United players kicked out and bookings were shown to Bruno Fernandes and substitute Hannibal Mejbri for very poor challenges.

The game could not have started any worse for Manchester United as their set-up to try and keep it tight was breached after just five minutes.

A sweeping move saw Sadio Mane play Salah in being the United left-back, who squared it for Luis Diaz to finish comfortably in the centre of the goal.

It was remarkable how early in the game the home side could get behind the visitors’ defence, ripping them to part with apparent ease and there was tension straight after as Trent Alexander-Arnold smashed the ball into the net again, narrowly missing David De Gea and angering the Spanish goalkeeper.

Salah then got on the scoresheet himself on 22 minutes as he got on the end of Mane’s ingenious reverse pass. The Senegal star chipping the ball over the United centre-backs, despite having his back to goal, and into the path of Salah to slot past De Gea.

The Reds toyed with their prey for the rest of the first half and wented in at the break with 76 per cent possession and without United mustering up a shot on or off target.

Surprisingly, things turned around a bit in the second half, with Rangnick replacing Phil Jones with Jadon Sancho in a signal of intent.

It seemed to be working with United coming into the game and Liverpool becoming a bit frustrated with their own slopiness, although as quickly as some hope emerged for the visitors, it was stamped out.

Luis Diaz broke down the left of the penalty area and squared for Sadio Mane who took on a difficult first time finish with his left foot and swept the ball into the corner, past the diving De Gea.

The Egyptian full of confidence again expertly chipped De Gea to complete a fantastic night for his team. 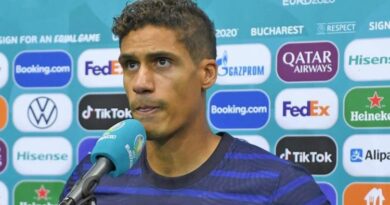 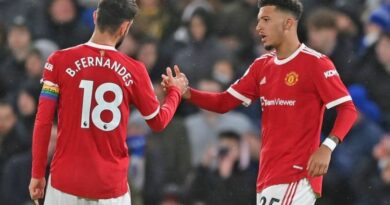