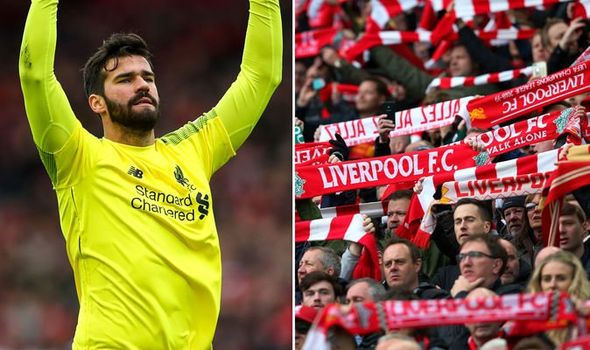 Liverpool are looking to win their first English league title for 29 years as well as their first Premier League crown ever.

With six games of the season to play, they sit top of the table – two points ahead of rivals Manchester City.

Defensively, Liverpool have improved tenfold, and currently have the most clean sheets in the league, as well as the least goals conceded.

Alisson, who the club bought for £65m from Roma last summer, six months on from the world-record signing of Virgil van Dijk, has stabilised the back line with some brilliant shot-stopping performances.

The Brazilian believes that part of their good fortune this season is down to the lack of egotistical characters in the dressing room.

“In football generally there can be a lot of vanity,” Alisson said.

“Some players only look to themselves and can be selfish in only focusing on their own interests.

“At this club I don’t see that, I see everyone looking for the same goal and working to achieve it.” 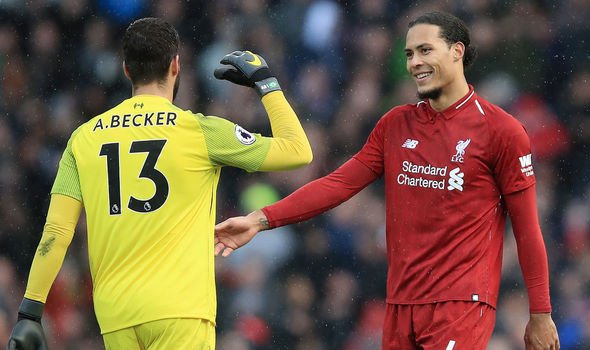 Alisson was part of the Roma team that lost 7-6 on aggregate to Liverpool in last season’s Champions League semi-final.

This campaign, he finds himself on the brink of another one, but only if Liverpool can get past Porto first.

Winning both the league and the Champions League would make the Reds the first English team to do so since Manchester United in 2008.

“We have our goals and we are fighting for them – to win the league and everything we are playing in, the Champions League as well,” he added. 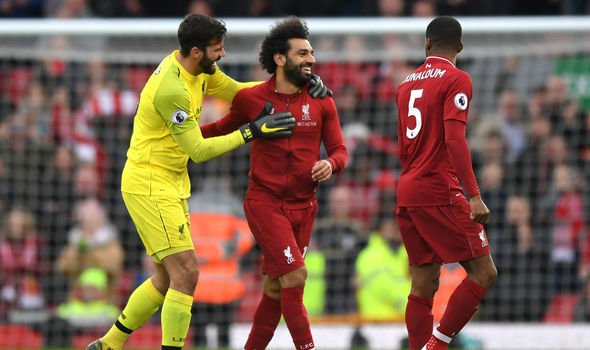 “This is a great team, always focused on the next game and the challenge. We can’t choose what we go for – if we could we would choose both!

“They are two big competitions. Of course in the Premier League it is a long time since Liverpool won it, but we will fight for both.”

Liverpool had to rely on a late Toby Alderweireld own goal to get past Tottenham on Sunday – a game they won 2-1.

They next come up against Southampton at St Mary’s on Friday, a match-up in which Van Dijk is expected to play in, despite picking up an ankle knock in the win over Spurs. 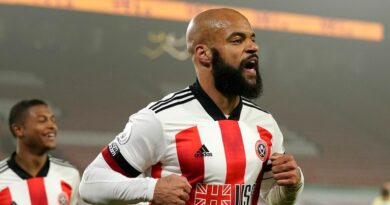 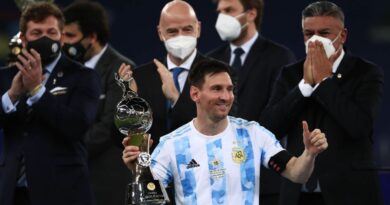 ‘I can’t explain how happy I feel’ – Messi