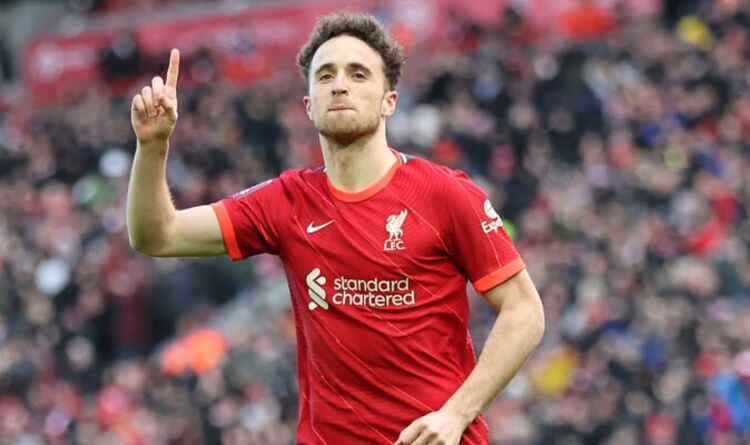 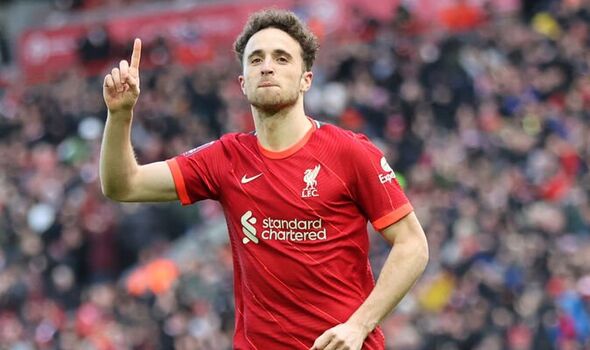 Liverpool boss Jurgen Klopp has been handed a major boost ahead of Sunday’s Carabao Cup final against Chelsea as star forward Diogo Jota is set to be fit for the showdown. Jota missed the Reds’ last two matches after being forced off during his side’s 2-0 Champions League victory over Inter Milan in mid-February.

Liverpool shelled out a staggering £41million to prise Jota away from Wolves in September 2020 – and the Portugal forward has been a revelation on Merseyside ever since.

During his first season at Anfield, the 25-year-old scored 13 goals in 30 matches. And this season he has already found the back of the net 17 times in 32 games.

Jota has become Klopp’s main central frontman this campaign and appears to have jumped ahead of Roberto Firmino in the pecking order.

So Klopp will be delighted to have the ace at his disposal for Sunday’s encounter.

Jota has been in fine form in recent months but damaged his ankle ligaments as Liverpool gained the upper hand in the first leg of their last 16 European encounter.

He sat out Liverpool’s 3-1 victory over Norwich and their 6-0 thumping of Leeds.

And he hasn’t been seen in Liverpool training ahead of their clash with the Blues.

But, according to Vole, Jota will be in the squad to face Chelsea at Wembley.

With Firmino already being ruled out of Sunday’s encounter due to a groin problem, Jota’s return will be welcome news for Klopp.

And the German could even name him in the starting line-up if he deems him fit enough to play from the off. 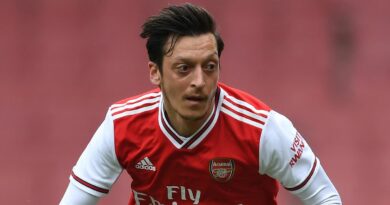 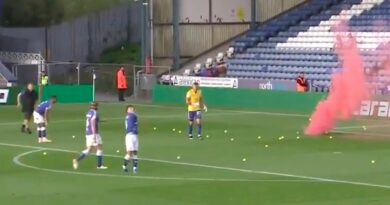