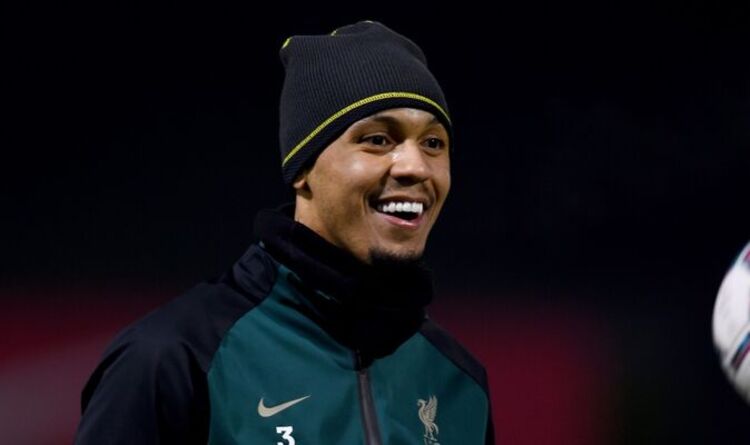 Fabinho has responded to Jurgen Klopp’s claims that Liverpool’s mental outlook is more important than strength in depth by insisting that he is always ready to approach every game with the best possible attitude. The Reds have enjoyed an impressive campaign to date on all fronts and remain in with a shout of winning up to three trophies before the season comes to an end.

Liverpool are well-placed to make it through to the Champions League quarter-finals after beating Inter Milan away from home earlier this week.

They will also take part in the Carabao Cup final against Chelsea next weekend as they look to clinch their first piece of silverware in two years.

Meanwhile, there is still hope of catching Manchester City at the top of the Premier League table but Liverpool currently sit nine points adrift of their divisional rivals with just 14 matches left to play.

The Reds have been widely praised for their impressive levels of strength in depth as of late, with the likes of Diogo Jota, Harvey Elliott and Ibrahima Konate having impressed when called upon so far this season.

However, Klopp played down the importance of his squad’s quality earlier this week by insisting that a positive mental attitude is the most important factor in achieving successful results.

“There are a lot of really good teams and squads that we have to beat, we are not the Harlem Globetrotters,” the Liverpool boss told reporters on Friday.

“The key is the attitude and the spirit that we take into the games. You don’t beat Inter because you’re good, but because you want it so much.”

Fabinho has since underlined his strong mental outlook by claiming that he relishes the challenge of playing many games in quick succession and that he is always ready to perform at his very best for the Reds.

“I really enjoy it when you have to play every three days because we don’t have too much time to train, we have to always prepare for the next game,” the Brazilian midfielder told Liverpool’s official website.

“You don’t have much time as well to think about the other games. You have to focus on the next game and be ready.

“I feel really good physically and with confidence and as I said, I want always to play to help the team on the pitch and hopefully I will start another game against Norwich.

“I think I am in really good form in the moment but I’ve been playing like this for a long time, but when you score goals people start to talk a little bit more about you.

Meanwhile, it remains to be seen whether Liverpool will be able to catch up to City and secure a remarkable Premier League triumph by clawing back their points deficit over the coming months.

The Merseyside outfit have lost the same number of games as their Manchester rivals but have won on fewer occasions, allowing Pep Guardiola’s side to open up a healthy gap at the top of the table.

However, the two sides are yet to play each other for a second time this season, while Liverpool also have a game in hand.