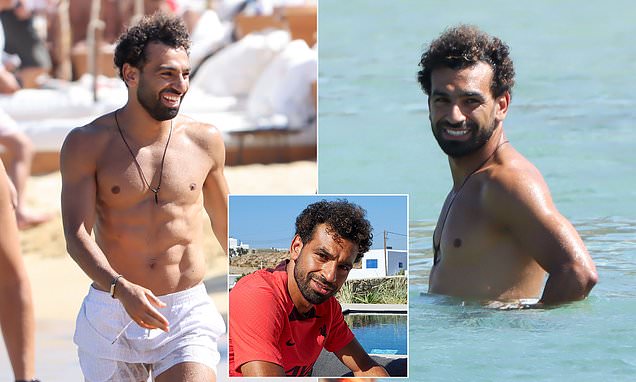 Feeling flush! Mohamed Salah enjoys a sun-soaked holiday on the beaches of Greek island Mykonos after signing his new £400,000-a-week deal at Liverpool and committing his future to the Reds

Mohamed Salah is known for playing football with a smile on his face, but these days he must be grinning from ear to ear from dawn until dusk.

The Egyptian superstar was seen enjoying a glorious summer holiday on the popular Greek island of Mykonos.

Salah was spotted among the throngs enjoying his time at Principote beach as he recovers from a gruelling football season in which he played 51 matches for Liverpool and also represented Egypt at the Africa Cup of Nations. 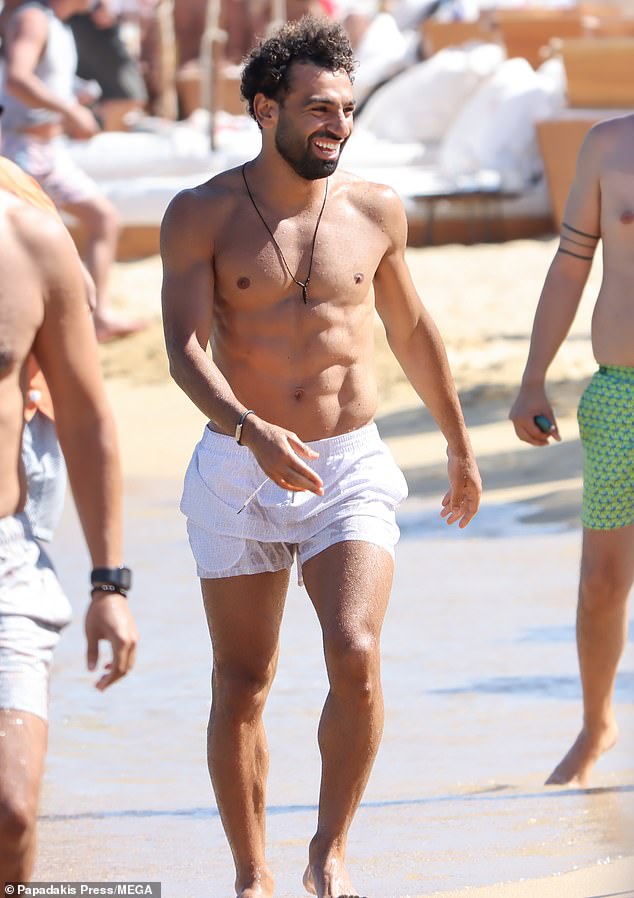 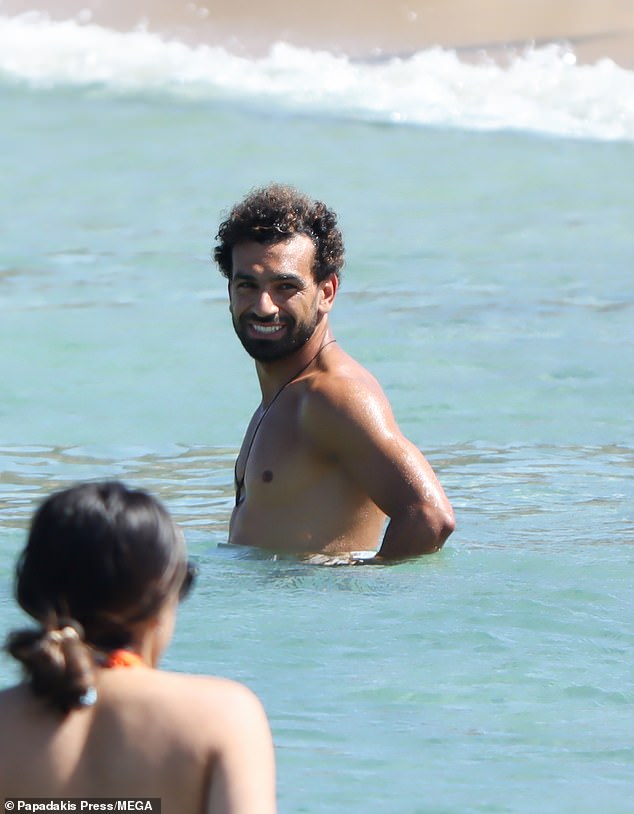 As well as the rest and relaxation, Salah will be returning to pre-season training on Merseyside with the long-running saga of his future resolved after he put pen to paper on a new three-year deal with Liverpool worth a staggering £400,000 a week.

Salah had entered the final 12 months of his current terms, which were signed in July 2018, but after months of negotiations Liverpool and Salah have come to an agreement that will see him remain at Anfield until June 2025.

He is now the best paid player in Liverpool’s history, but is also one of the club’s greatest ever players. 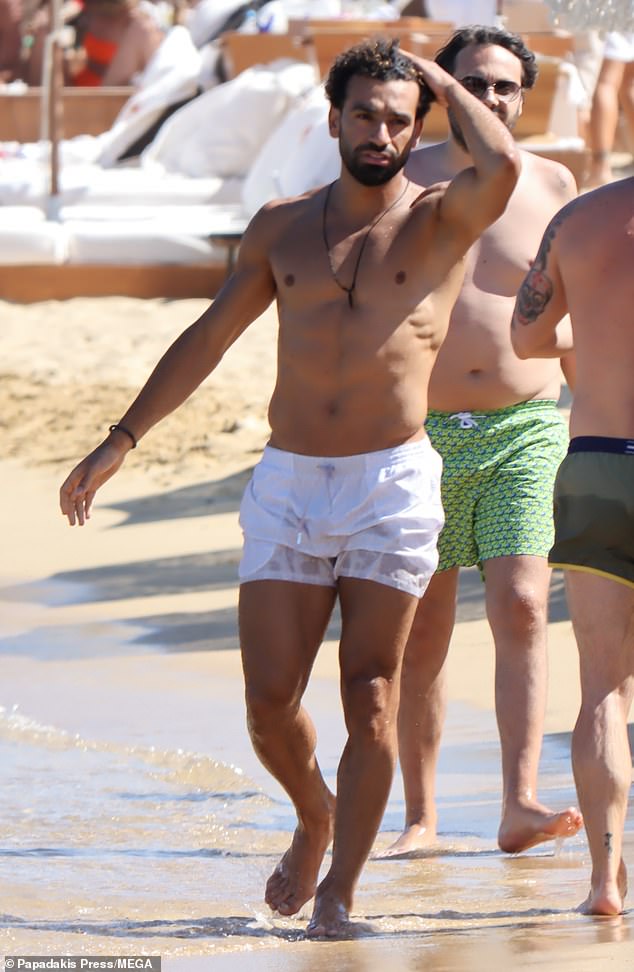 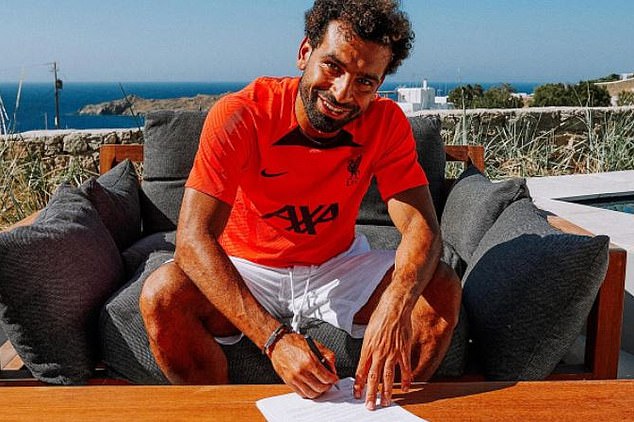 Salah has been instrumental to the Reds recent success, having scored 156 goals in 254 appearances, as well as helping guide the team to last season’s FA Cup and Carabao Cup triumphs.

Salah was delighted to get his new deal agreed and told the club website: ‘I feel great and [I am] excited to win trophies with the club. It’s a happy day for everyone. 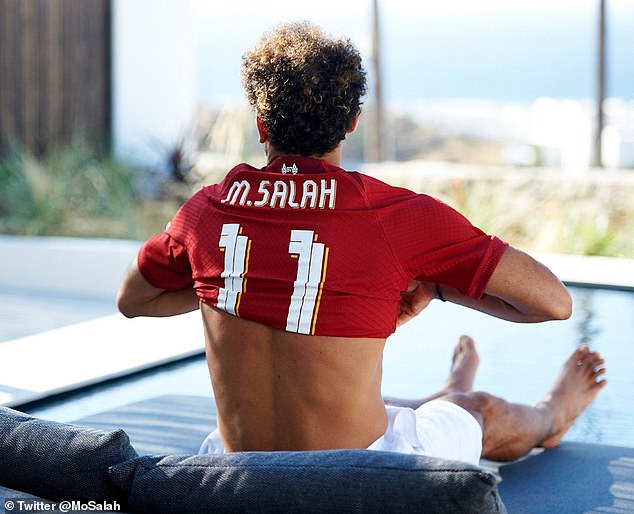 ‘It takes a little bit of time, I think, to renew, but now everything is done so we just need to focus on what’s next.

‘I think you can see in the last five or six years the team was always going [upwards]. Last season we were close to winning four, but unfortunately in the last week of the season we lost two trophies.

‘I think we are in a good position to fight for everything. We have new signings as well.

‘We just need to keep working hard, have a good vision, be positive and go for everything again.’ 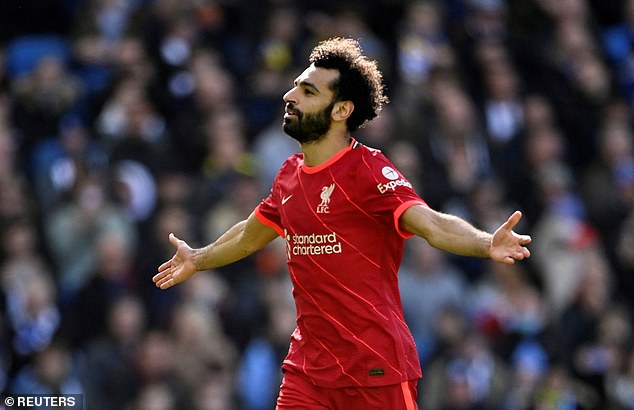 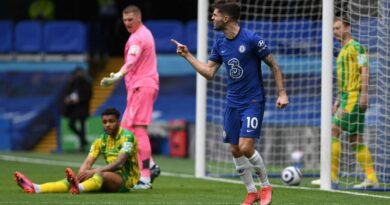 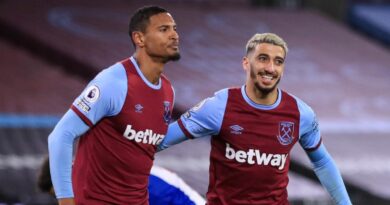