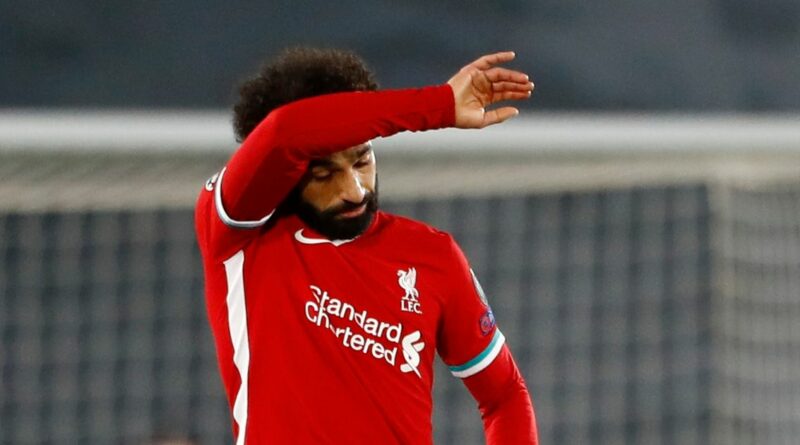 Liverpool's Champions League hopes suffered a huge blow following their 3-1 defeat by Real Madrid in the first leg of their quarter-final showdown.

However it wasn't all bad news for the Reds on Tuesday night, as Mohamed Salah was on target again for Jurgen Klopp's side.

Salah's 26th goal in 44 Champions League matches had given the Reds a vital away goal and brought the score back to 2-1 early in the second half after a dreadful first 45 minutes saw them concede to Vinicius Junior and Marco Asensio.

But they conceded another to Vinicius to leave them with a tough task at a fan-less Anfield next week.

Despite the defeat, Salah's goal – his 18th away goal of the season – saw him set a new record.

It means that Rush's record, which was first set 37 years ago and one that he matched three seasons later, is no more.

But that will mean little to Salah, who faces a Champions League exit unless Liverpool can produce another heroic comeback.

Klopp's team famously came from 3-0 down to beat Barcelona in the semi-final on their way to winning a sixth European Cup two years ago and the task in the last-eight second leg at home is likely to be just as difficult.

With no fans inside Anfield to produce that special European atmosphere and a team performing at a significantly lower level than in 2019, even an away goal given to them by Salah's 26th in 44 Champions League matches may not be of much help.

Talk of revenge for their 2018 final defeat to Real had been banished pre-match but in truth they hardly came close to laying a glove on the 13-time champions, for whom Vinicius Junior scored twice either side of one from Asensio.

Liverpool's side had five survivors from that meeting in Kiev three years ago – Andy Robertson, Trent Alexander-Arnold, Georginio Wijnaldum, Sadio Mane and Salah – while Madrid had four.

And it was a night to forget at Madrid's Alfredo Di Stefano training ground stadium, with the Spanish giants enjoying a largely comfortable evening.