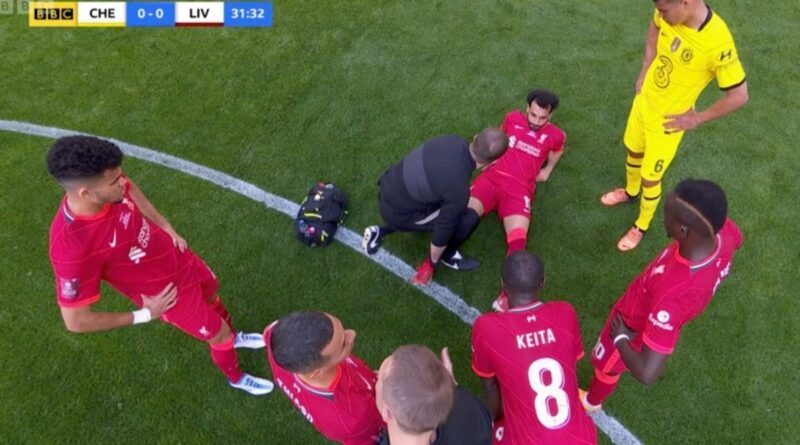 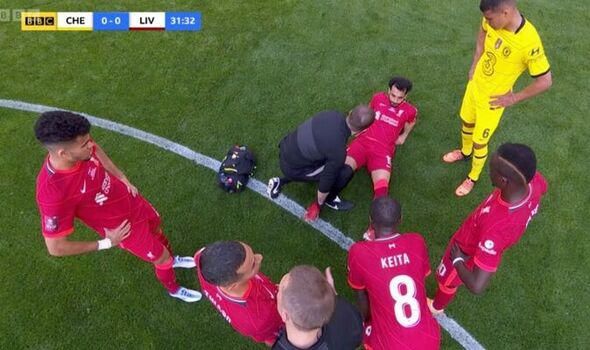 Liverpool forward Mohamed Salah is now facing a race to be fit for the Champions League final after he picked up a muscle injury after 32 minutes in the FA Cup final against Chelsea at Wembley. The Egyptian’s afternoon was brought to a premature ending and immediate concerns will now be raised over his availability for the heavyweight European showdown with Real Madrid in Paris on May 28.

Salah was yet to really grow into the game when he went to ground, seemingly feeling something in his quad region.

Liverpool’s medical team soon attended to him as the likes of Naby Keita, Sadio Mane and Luis Diaz circling their team-mate to express their concerns.

It was clear that Salah knew his day was done, knowing that arguably and even bigger match lies in wait in just two weeks’ time.

Physio Chris Morgan began testing the forward’s condition on the pitch, flexing Salah’s leg while pressing his hip and adductor.

It quickly became apparent that Salah could not continue as Morgan signalled to the bench that a change was necessary.

Diogo Jota was already warming up and soon replaced his fellow forward.

The game appeared to open up after the stoppage as both Jota and Romelu Lukaku went close at either end. 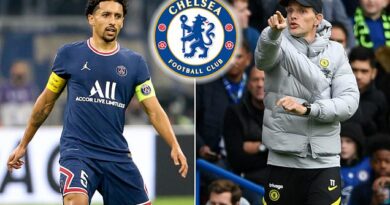 Marquinhos: Chelsea made an approach for me but PSG blocked talks 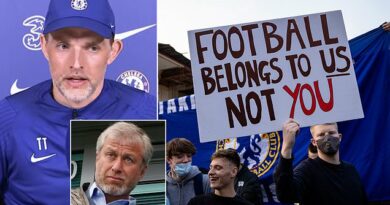 Tuchel admits Abramovich has NOT apologised for Super League plans