Thiago Alcantara was expected to make his first Liverpool start in last night’s Carabao Cup win at Lincoln, yet when the team sheet emerged he was not even amongst the substitutes. That’s because Jurgen Klopp is already saving him for Monday, when he is in line to make his Anfield debut for the Reds in the Premier League clash with Arsenal.

The Spaniard has already fast-tracked his way into the starting line up and not only that, he’s also helped unlock a different animal for Liverpool.

After Dejan Lovren moved on to Zenit St Petersburg, Klopp and sporting director Michael Edwards were expected to bring in a centre-back as cover.

Last season before Christmas, the Reds were left with just two senior centre-backs following injuries to Joe Gomez and Joel Matip but they were able to pull through.

Only Virgil van Dijk was fit for the 2-0 win at Chelsea meaning Fabinho was forced to drop in and play at the heart of defence.

JUST IN: Liverpool transfer for Nabil Fekir did not collapse due to medical as new twist emerges 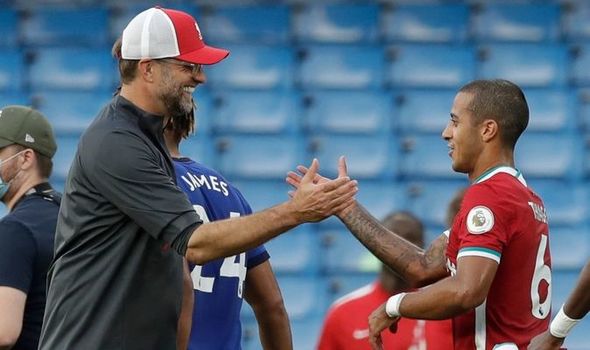 It’s a role he has played before but the arrival of Thiago has without doubt eased the pressure on his new responsibilities alongside Van Dijk, having kept Timo Werner and Chelsea at bay last weekend.

Thiago’s 45 minutes cameo at Stamford Bridge last Sunday was just a taste of what’s to come from the midfield maestro.

He completed more passes (75) than any Chelsea player managed in the entire match.

The former Bayern man’s 75 successful passes were also the most ever by a Premier League player, who played a maximum of 45 minutes.

Liverpool are already stacked with midfield options and Fabinho’s emergence at centre-back has helped Klopp establish that he doesn’t need to spend on another defender.

While Lovren was slated during his time at Anfield, the Liverpool hierarchy will struggle to find another centre-back of his experience willing to be fourth choice.

Klopp can trust Thiago to fill the void of Fabinho while the Brazilian takes care of business at the back.

The Premier League champions now have another player who can master the No 6 role, which Fabinho previously made his own.

Klopp even hinted after the 7-2 win over Lincoln, that Fabinho could be a long-term option at centre-back due to the arrival of Thiago. 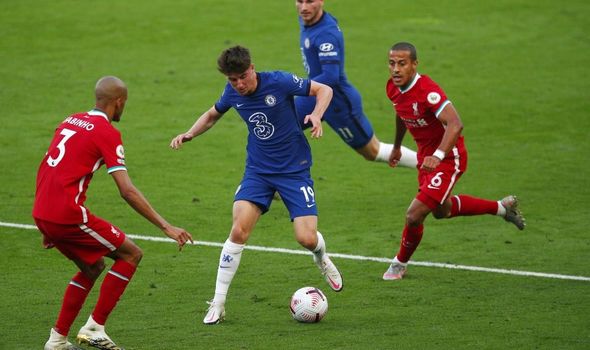 The Liverpool boss told Sky Sports: “We have to make sure we have centre halves when we play football and Fabinho can obviously play the position very well, he’s fit and that’s good, so he gets minutes, that’s good for him.

“Joe [Gomez] should be back in training tomorrow [Friday], I hope so and the situation could look slightly different.

“But he is doing really well, if he plays like he played against Chelsea he can play as a centre half, 100%.

“If somebody else plays as a 6, he has another position.”

It’s yet another reason to suggest a fee of £20million for Thiago can only be described as daylight robbery from Liverpool.

New Sky Sports match pages: Tell us what you think

Opinion: Ravens’ limbo is the way of life in NFL’s COVID-19 era

Arteta makes Pierre-Emerick Aubameyang admission amid Arsenal goal struggles
We and our partners use cookies on this site to improve our service, perform analytics, personalize advertising, measure advertising performance, and remember website preferences.Ok