Liverpool star Trent Alexander-Arnold made Premier League history during Sunday’s comprehensive 3-0 win over Brentford as the Reds continue to thrive despite their failure to snap up a creative midfielder last summer.

Alexander-Arnold’s corner evaded a flurry of bodies before it was nodded in by Fabinho at the back-post to nudge Liverpool into the lead right on the stroke of half-time. Second-half goals from Alex Oxlade-Chamberlain and Takumi Minamino kept the Reds’ title hopes alive.

After teeing up Fabinho’s opening goal, Alexander-Arnold has now registered 10 assists for Jurgen Klopp’s side this season; more than anybody else in the Premier League.

And by doing so, the Reds academy graduate has become the first defender in Premier League history to reach double figures for assists in three separate seasons.

MUST READ: Arsenal’s triple swoop would cause concern for Man Utd and Spurs

The 23-year-old’s creative excellence has helped ease the burden on those players ahead of him after Klopp decided against bringing in a replacement for Gini Wijnaldum in the summer.

In fact, Alexander-Arnold’s creative output for Liverpool has been so impressive this season, that only Manchester City duo Kevin De Bruyne and Jack Grealish have created a higher amount of chances leading to shots per 90 minutes than the Reds full-back.

Klopp was heavily criticised for not dipping into the transfer market after Wijnaldum walked out on the club to join Paris Saint-Germain back in June.

MUST READ:
Diego Carlos ‘astonished’ by Newcastle offer as Howe to get transfer ‘over the line’
Liverpool starlet issues perfect response to Klopp in Brenford win
Man Utd could be forced to act quickly after Haaland’s Dortmund statement

The German has even been hounded once again by fans and pundits alike to change that stance in recent weeks after the transfer window reopened at the beginning of January.

But Klopp has stuck to his guns – and his faith in his squad has been rewarded.

Alexander-Arnold has also racked up another three assists in cup competitions to take his tally for the season to 13 assists. He’s also supplemented that total with two goals.

With over half of the season still remaining, the England ace is well on course to smash his career-best return of 13 league assists, which he managed during Liverpool’s historic title-winning season back in 2019/20.

The evolution of Alexander-Arnold’s game this year has been evident during Liverpool’s swashbuckling displays, with the full-back often drifting into a more central position; sometimes joining the play as an auxiliary midfielder for the Reds.

“It’s just the next step in his whole development. We adapt our game to his skills, he puts in his skills in our different plans,” Klopp said when discussing Alexander-Arnold’s positioning after Liverpool’s 3-1 win over Newcastle in December.

“He obviously plays different positions on the pitch more than in the beginning because he’s just a much more mature player.

“Of course, he is still in the right-back position to defend especially, then he’s a right-winger, then he’s an eight, a six, a playmaker.

“He’s a lot of different things for us and enjoys it but it’s tough, he’s still young and it’s an intense period.

“It was not his best game last night – it was one of his best goals, yes – but that’s completely normal.

“Even on a night when not everything is clicking you can be the decisive man and that’s what he was last night.” 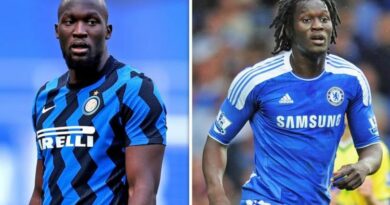 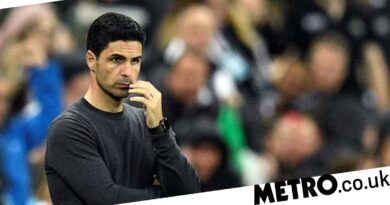