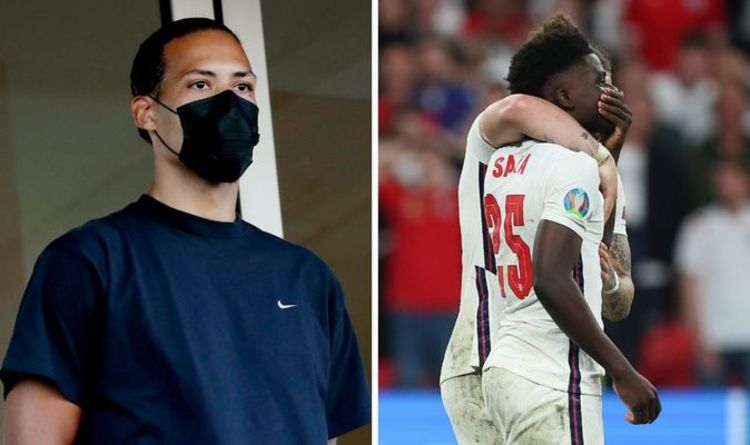 Virgil van Dijk has made it clear that he did not agree with putting Bukayo Saka on a high-pressure penalty in last night’s Euro 2020 final shootout defeat to Italy. The England youngster missed the decisive spot-kick after his strike was saved by Gianluigi Donnarumma to crown the Azzurri champions.

England boss Gareth Southgate brought on both Marcus Rashford and Jadon Sancho to take a penalty in the final few minutes of extra-time.

However, the pair both missed after failing to follow in the footsteps of Harry Kane and Harry Maguire, who made no mistake from 12-yards.

Yet Jordan Pickford kept out Andrea Belotti and Jorginho to hand the Three Lions a lifeline that was squandered by Saka.

While Van Dijk didn’t tweet about the game, he did favourite two tweets to make his feelings known.

He liked one defence of Saka by rapper and actor ‘Big Shaq’, the tweet read: “Why would you put all that pressure on young bro, why how can you put Saka last.”

The second was by former Crystal Palace midfielder Joe Ledley, who tweeted: “If we made the final I wouldn’t let a young kid take a penalty before me think the experienced players needed to take responsibility.”

“If you’re (Raheem) Sterling or (Jack) Grealish, you cannot sit there and have a young kid [Saka] go up for a penalty ahead of you, you can’t,” Keane told ITV.

“You cannot let a shy 19-year-old go up in front of you. They have a lot more experience, Sterling has won trophies, they had to get in front of the young kid and stand up.”

Jack Grealish has since hit back though, confirming Southgate decided on the penalty takers.

The Aston Villa marvel tweeted in response to Keane’s quotes: “I said I wanted to take one!!!!

“The gaffer has made so many right decisions through this tournament and he did tonight! But I won’t have people say that I didn’t want to take a peno when I said I will…”

Southgate has since admitting that his say was final on the penalty takers, based on the ones taken in training.

“I decided on the penalty takers based on what they have done in training,” he said.

“Nobody is on their own. We have won together as a team and it is on all of us together to not be able to win this game.

“In terms of penalties, it is my call and it totally rests with me.” 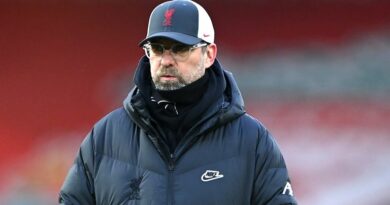