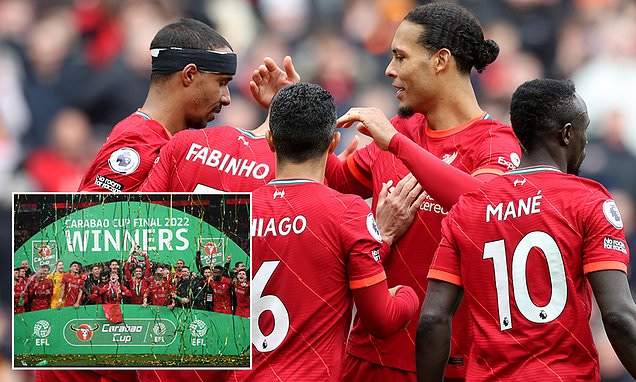 ‘Go out there and give it your all’: Liverpool stalwart Virgil Van Dijk issues a rallying cry in their quadruple charge, as he calls on his team-mates to make the season ‘unforgettable’ ahead of a testing run of fixtures

Virgil Van Dijk has called on Liverpool’s players to make the season unforgettable as a sequence of high-profile games begins in Lisbon.

They sing about Van Dijk being ‘calm as you like’ on The Kop and The Netherlands international did not look as if he had care in the world, as he began to examine the challenges that will come thick and fast over the next three weeks.

Aside from two meetings with Benfica in the Champions League and two collisions with Manchester City in the Premier League and the FA Cup semi-final, Liverpool will also host their oldest and most bitter rivals Manchester United and Everton. 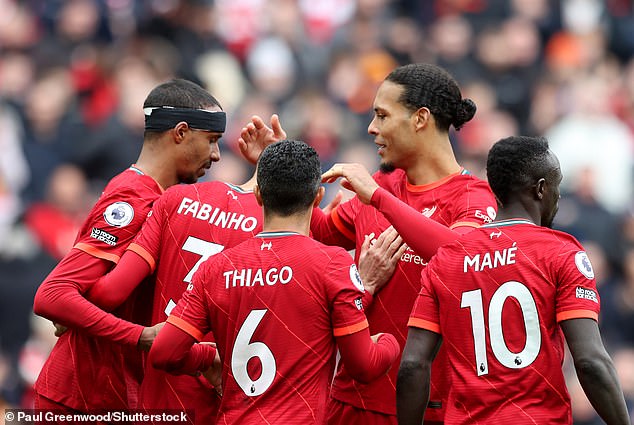 How they fare through this period will determine whether Liverpool will add to the Carabao Cup they won in February – the ultimate ambition, of course, is to complete a clean sweep and it is all supporters have been talking about for the past month.

Van Dijk met most questions, before heading to board the flight to Portugal, with a whimsical smile and a reply of ‘we are not looking further than the next game’ but he signposted the ambition in the dressing room when asked if the players had any trouble dealing with pressure.

‘We don’t look at it that way,’ said Van Dijk. ‘We just want to make this season hopefully an unforgettable one, for us as players, for the staff but for the whole club. 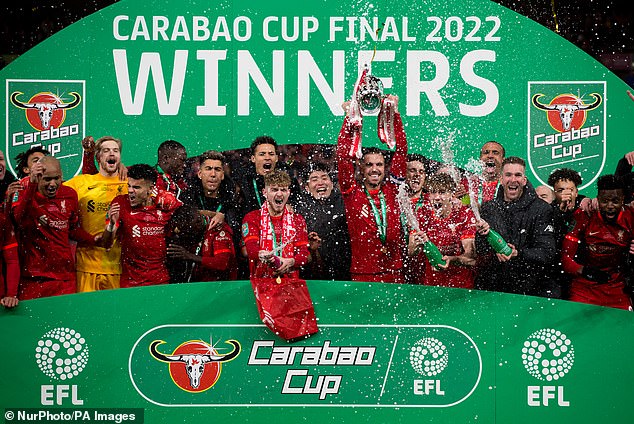 ‘The things that have been going on at the moment at Liverpool is something that no one should take for granted.

‘As a group we are very stable, we have a fantastic squad, with the manager, the whole relationship with the club and the performances.

‘We should just enjoy it, go out there and give it your all. If that is enough at the end of the season then happy days. If not, then we try again next year.

‘But we shouldn’t take for granted what is happening at the moment. You only can influence the game ahead of you and that is how we see it.

‘Benfica is going to be a big one of the two that is ahead of us and the only thing we can do is focus on that (and not Manchester City).’ 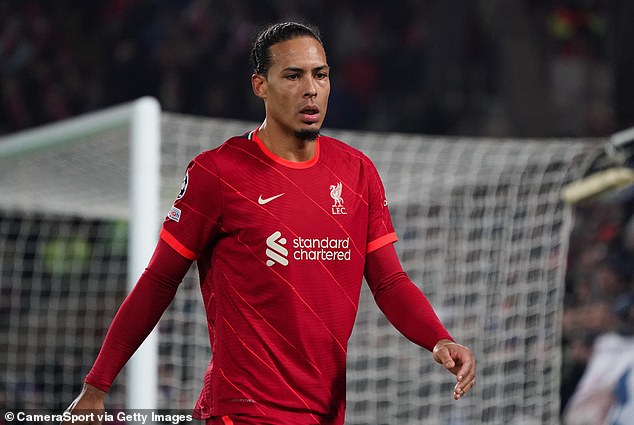 Winning the Carabao Cup was important for the squad – one trophy, Trent Alexander-Arnold said in February, was the minimum requirement – but how would van Dijk feel if he went away in the summer and that was the only medal he had to show for his efforts?

‘You don’t need to think what will happen mid-May at the moment,’ said Van Dijk. ‘Let’s just focus on the games ahead. We are also grounded and don’t get carried away.’

Jurgen Klopp, certainly, won’t allow the players to get ahead of themselves but he has never had any concerns about the attitude of his group. His biggest headache, back in a city that hold special memories for him, is how to manage their workload.

It would not, for instance, be a surprise if Mohamed Salah found his involvement this evening restricted to 30 minutes from the bench.

The Egyptian looked heavy-legged on Saturday, having been through an emotionally draining experience with his country last Tuesday in Senegal.

With Luis Diaz having stayed on the bench for the weekend win over Watford and Sadio Mane only getting a late run out, Klopp – who is wary of the threat Benfica pose – has options at his disposal if he wants Salah to refuel before the Sunday’s showdown at The Etihad Stadium.

‘It is a tough gig for him and Sadio, but it is completely normal in a season,’ said Klopp, who insisted there was no update on Salah’s contract talks. ‘We see him every day in training and it is nothing to worry about.

‘These players will not come to me and ask for a break so I have to pick the moment.’

Those last three words seemed appropriate because it was in Lisbon were Klopp picked the moment to accept an offer from Liverpool.

He was on holiday with his wife, Ulla, and their sons and received a call from his agent, Marc Kosicke, to say the time was right to move.

‘We were completely in the holiday mood,’ Klopp said with a smile. ‘There were some rumours around that we didn’t really follow but with two sons around they pick up pretty much everything and I knew from them a little bit that a couple of things could happen.

‘The phone rings and I didn’t pick up a lot of phone calls at that time because my family was around so why should I talk to anybody but it was my agent, who is my friend as well, and when he said: ‘Yeah, Liverpool is calling!’ the boys were looking at me and for them the decision was made.

‘Ulla then had to put the thumb up and it was clear we would do it because it just felt right from the first second.’

Tranmere 1-0 Carlisle: Keith Hill off to a winning start 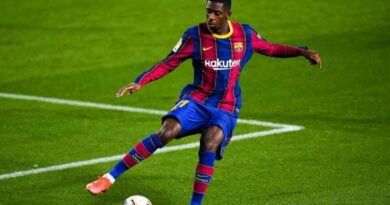