Jamie Carragher has delved into his former club Liverpool’s “risk and reward” system of play under coach Jurgen Klopp following their 1-1 draw with Manchester City on Sunday.

Gabriel Jesus’ first-half strike cancelled out Mohamed Salah’s earlier penalty as the hosts came from behind to earn a point at the Etihad Stadium, but Klopp’s visitors did not hold back in going for the win.

A point of surprise was the German coach’s decision to include both Diogo Jota and Roberto Firmino in Liverpool’s starting line-up, with many expecting one of the pair to be left on the bench.

The presence of both Jota and Firmino effectively saw the Reds playing in a 4-2-4 formation, which become more of a 4-4-2 when they were defending.

The system has its benefits but also its drawbacks, said former Liverpool defender Carragher.

“That is always the big danger if you have got two in midfield and the wide players are wingers,” he told Sky Sports.

“If you think of the teams in the mid-1990s when you were going into Europe, and you played 4-4-2, a lot of times it’s like: ‘Okay, that is great going forward, but can you get back in and help us, make us solid, make us compact?’

“And that is sort of the risk and reward. A couple of times – as Jurgen Klopp says – they could not quite get back in there, that is when Kevin De Bruyne showed his class, setting up one goal, putting in a cross for Raheem Sterling, and also where the penalty came from. But it happened very rarely.”

De Bruyne won City a controversial penalty shortly before half-time when his shot hit Joe Gomez’s arm from close range, but the Belgium international missed from the spot, meaning the two sides were level at the break.

It took a significant portion of the game for Pep Guardiola’s team to get to grips with LIverpool’s set-up, Carragher’s colleague Gary Neville suggested, saying the inclusion of both Jota and Firmino had played a key role in causing City difficulty.

“It’s another goal threat for Liverpool,” Carragher said. “All the chances, it is always these four players involved – it is not one of the midfielders getting forward.

“It’s always about the real attacking players to get the goals for Liverpool.” 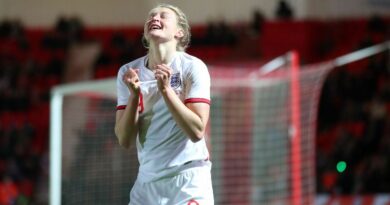 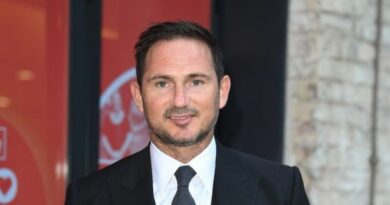