Liverpool are hoping to exploit their Premier League rivals’ interest in Erling Haaland by instead pursuing his Borussia Dortmund team-mate Jude Bellingham, according to reports. Reds boss Jurgen Klopp is a big admirer of the teenage midfielder and wants him to bolster the club’s midfield options.

Bellingham has become a key player at the Bundesliga outfit despite being only 18.

He was signed from Birmingham City in the summer of 2020 and has gone on to play over 60 times for the club.

Capped 10 times by England, Bellingham’s displays in Germany have caught the attention of several English clubs.

Indeed, Manchester United were keen on taking the Stourbridge-born star from Birmingham before he joined Dortmund.

However, most Premier League clubs are seemingly more intent on signing Norwegian striker Haaland from Dortmund.

According to the Mirror, United, Chelsea and Manchester City hold a keen interest in signing the 21-year-old, which could open the door for Liverpool to have a free run at Bellingham.

The report continues that Klopp will ‘exploit’ the fact that his rivals supposedly prefer to pursue Haaland.

Klopp’s current options for the No 8 role include the likes of Jordan Henderson, James Milner, Naby Keita, Alex Oxlade-Chamberlain and Thiago. The German apparently wants to freshen up that area.

Bellingham, who will apparently cost £90m, has made 21 appearances this season across all competitions and has scored three times from midfield. He has set up a further eight goals.

However, the teenager has found himself in hot water this week after making damning comments about Der Klassiker referee Felix Zwayer.

The official made several decisions that went against Dortmund in their 3-2 defeat by rivals Bayern Munich on Saturday.

Bellingham referenced a 2005 German football betting scandal in which Zwayer was banned for six months for accepting £256.50 from second division referee Robert Hoyzer.

Hoyzer was banned for life from all football activities and was handed a prison sentence of two years and five months.

Zwayer has long been considered rehabilitated and is well-respected in European football. He recently officiated England’s 5-0 victory over Albania at Wembley Stadium.

After defender Mats Hummels had conceded a penalty for handling the ball in the box, from which Robert Lewandowski scored the resultant spot-kick to win the game, Bellingham ranted to Norwegian broadcaster Viaplay: “For me it wasn’t a penalty, you know?

“You can look at a lot of the decisions in the game.

“You give a referee that has match fixed before the biggest game in Germany, what do you expect?” 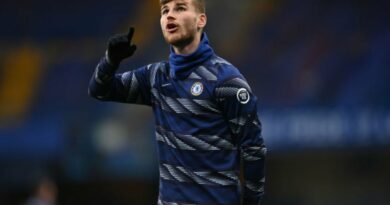