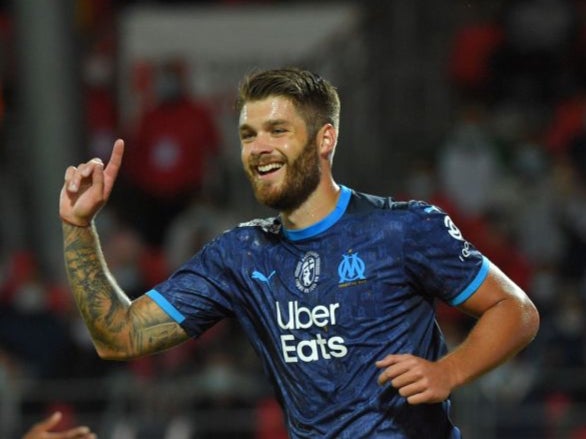 Liverpool are working towards the best case scenario of signing two centre-backs ahead of the transfer deadline, with Preston’s Ben Davies set for a medical on Monday morning, while Marseille’s Duje Caleta-Car is on the agenda.

The latter is a player that has been part of the club’s long-term thinking for the position, with analysis stretching back to his time at Red Bull Salzburg.

He is comfortable defending large spaces, is great aerially and effortlessly hits the kind of diagonals Virgil van Dijk has been famed for.

Caleta-Car, 24, is in the same mould as the Dutchman and has been core to Andre Villas-Boas’ plans in a similar system to the one used by the Premier League champions.

Marseille want to find a replacement for the left-sided, right-footed centre-back before sanctioning his exit, but that is proving difficult at this late stage of the window.

Reports in France suggest Caleta-Car arrived at Mairgnane Airport on Sunday to travel to Liverpool to complete the move via private jet but he was not given the green light by the Ligue 1 club.

It is unlikely but not impossible that Marseille will find a solution for the deal to progress.

The Croatia international was close to joining West Ham in a £22m deal last summer, but held out for the opportunity to join a Champions League team.

Liverpool’s £2m move for Davies will be completed ahead of the deadline, with an initial payment of £500,000 and Dutch centre back Sepp van den Berg, 19, going in the opposite direction on loan.

Liverpool have considered Arsenal’s Shkodran Mustafi, but the 28-year-old would be a break-glass option to alleviate their injury crisis with Van Dijk, Joe Gomez and Joel Matip all sidelined while Fabinho works his way back to fitness.

There are a few more possibilities, like Ozan Kabak from Schalke, but all of them are complicated by the limited time left in which to reach an agreement and allowing the selling club a chance to source a replacement.