Transfer deadline day is now in the past, but Liverpool’s business might not be entirely finished yet.

The Reds offloaded Rhian Brewster and Marko Grujic on the final day of the window as they looked to recoup some cash following the signings of Thiago and Diogo Jota.

In terms of incomings, Jurgen Klopp seems to be happy with what he’s got (unless Liverpool make a late move for a goalkeeper after Alisson’s injury).

Speculation over future transfers continues, though, and the domestic transfer window remains open until October 16.

Here is the Liverpool transfer round-up on Friday, October 9.

Sancho ‘back to square one’ over future transfer amid Liverpool interest

Jadon Sancho will approach his future “with a clean slate” after his proposed move to Manchester United failed to materialise, report 90min.

Liverpool and Bayern Munich remain interested in the 20-year-old, and United may have missed their opportunity this summer.

Sancho is reportedly still open to joining United, but their reluctance to pay Borussia Dortmund’s asking price of €120million (£109m) is said to have “left a sour taste”.

That could open the door for Liverpool should they see Sancho as a worthwhile target next summer.

Wilson could leave on loan Liverpool could loan Harry Wilson out to a Championship club before the close of the domestic transfer window, according to the Evening Standard.

The Reds hoped to sell the 23-year-old, but clubs are reportedly unwilling to pay the kind of fee required to sign him permanently.

Instead, Wilson could again depart on loan having had previous spells with Bournemouth and Hull.

Liverpool are expected to hold talks with Wilson when he returns from international duty with Wales.

The winger has been left out of the club’s Champions League squad, which suggests he is not part of Jurgen Klopp’s plans for this season.

The youngster joined the Blades last week in a deal worth £23.5m, though the transfer is believed to contain a buy-back clause.

But former Liverpool defender Thompson has suggested Brewster should have remained at the club.

“On the outgoings [at Liverpool], I’m disappointed that they decided to let Rhian Brewster go,” he told Paddy Power.

“I’d like him to have stayed. I can see some of the reasons why, but if you were asking me whether to go with Brewster or Divock Origi, for me, it’d be Origi going.

“But on the football side, I can see he isn’t playing as many games, so maybe it’ll get him that first team experience. There’s not too many forwards that have the aggression that Brewster has though.” 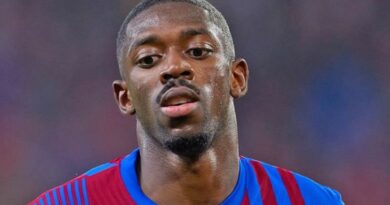