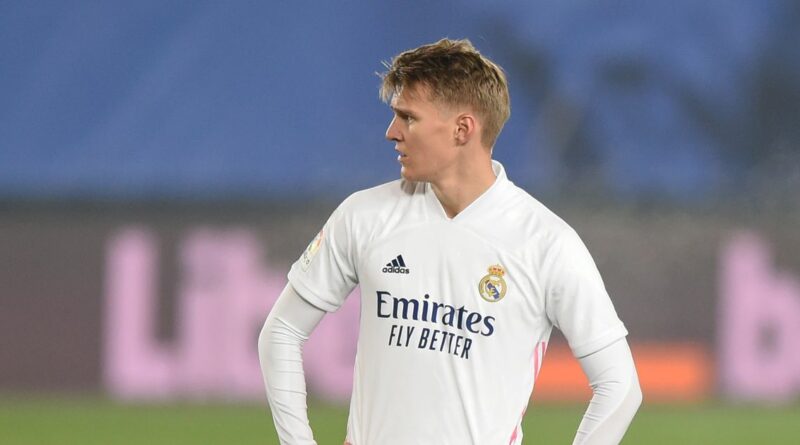 Martin Odegaard has grown up in the spotlight – so much so it is hard to believe he is still only 22-years-old.

The Norwegian wonderkid burst onto the scene when he made his senior debut in his homeland aged just 15 and soon became one of the most sought after youngsters in world football.

Top clubs around the world rolled out the red carpet in a bid to sign Odegaard.

He spent three days at Melwood with his father in December 2014, training with Liverpool’s first-team squad before leaving to consider his options.

Odegaard had already visited Manchester United and trained with the club a few years earlier, whilst he afforded Bayern Munich a second visit under the watchful eye of Pep Guardiola as his 16th birthday neared.

The Norwegian also visited Manchester City and Arsenal before heading to Real Madrid in January 2015 and agreeing his big move just a few weeks after his 16th birthday.

“It’s a dream come true,” said the teenager as he was greeted by hundreds of journalists at his Bernabeu unveiling.

“It’s unbelievable and it’s incredible, I’m ready for the best club in the world – it’s an honour.”

Would he head straight into the first-team?

“If [Carlo] Ancelotti wants to use me for the first team I’ll be really happy, and if he doesn’t I’ll play for Castilla and I’ll be happy as well,” said Odegaard at the time.

Despite the offers from around the world, Real Madrid opted to shield Odegaard as much as possible in his early days.

He became part of the Real Madrid Castilla side under Zinedine Zidane but remained a part of the first-team training setup.

When Zidane became Real Madrid manager, it seemed an ideal situation for Odegaard to progress.

Instead, he struggled to make his mark and was farmed out on loan.

A season with Heerenveen in 2017/18 was followed by another year in the Eredivisie with Vitesse.

That earned him a spot back in LaLiga with Real Sociedad, where attention was again generated.

Fellow Norwegian Ole Gunnar Solskjaer, by this stage Manchester United manager, cast a watchful eye over his compatriot during his impressive loan spell.

Manchester United head of global scouting Marcel Bout was photographed watching Real Sociedad's match with Valencia back in February with claims in Spain he was tasked with keeping an eye on Odegaard.

But instead of moving on, Zidane requested the return of Odegaard to Real Madrid after a season in which he was arguably LaLiga’s best player not named Lionel Messi.

"He's our player and he can contribute to the team," Zidane said.

"Players that come to Real Madrid are the best. We have another player and he's a player that can be very important in this squad. I know I have the best players here.

"The important thing for the players is to be prepared and I think Martin, like the others, is prepared.

“Martin has changed because his trajectory has been phenomenal and he's improved each year. He's a more complete player now.”

It was expected that Odegaard would now finally unlock his potential at the highest level, adding more verve and movement to a midfield that has aged and become leaden-footed, taking over the main creative role behind the attack.

Last summer, it seemed his time had arrived.

Instead, he has been snubbed again with Zidane unwilling to fully trust the youngster even in a side struggling to spark.

According to Marca, Odegaard has now demanded another loan move as he looks to reignite his career having started just five games this season. 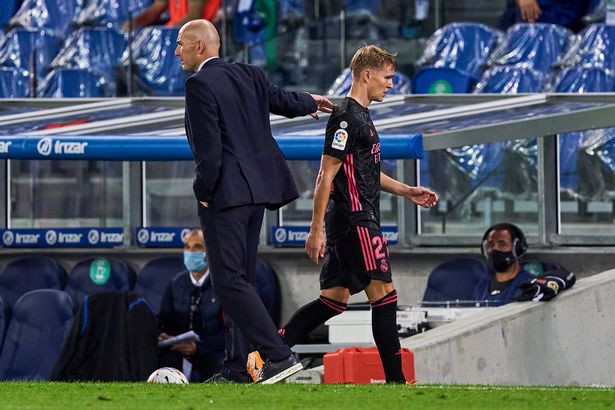 After twice failing to make the first-team grade under Zidane, his future at Los Blancos looks bleak, placing Premier League clubs on red-alert.

Speaking about his chance to move to England as a teenager, Odegaard said in 2015: “I visited Liverpool, the two Manchester teams and they were all very nice but my choice was Real Madrid and I am very happy with that.”

Now, it appears his happiness has made way for frustration.

Whilst moves to big clubs may not necessarily remain on the table, Odegaard appears desperate to escape the Spanish capital and find a fresh opportunity.

Speaking about Odegaard to the Liverpool Echo last June, former Norway international Jan Åge Fjørtoft said: "All Norwegians want to play in England, so I can see that happening, but he is now so close to Real Madrid.”

With his relationship with Real Madrid soured, and previous links with England’s biggest clubs, now may be the time for him to explore his Premier League desire.

Where should Martin Odegaard go next? Have your say here.