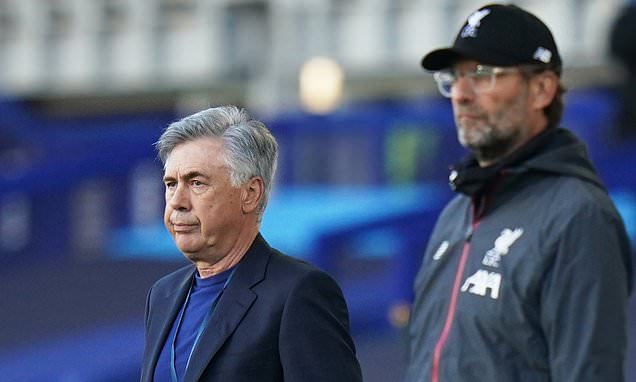 Liverpool vs Everton LIVE: Jurgen Klopp’s men out for revenge as Merseyside derby returns for the first time since Virgil van Dijk’s season-ending injury… as Toffees aim to pull level with their city rivals

It is the fixture everybody has had their eye on since that fiery afternoon at Goodison Park last October.

The first Merseyside derby of the campaign set the wheels in motion to completely destablising Liverpool’s title defence, with star defender Virgil van Dijk badly injured and out for the season with a ruptured ACL, before the most marginal of VAR calls denied captain Jordan Henderson a late winner.

Just this week Jurgen Klopp has called for his men to channel their anger in the correct manner and get back to winning ways, while Carlo Ancelotti and his side know victory today will pull them level with the Reds – with a game-in-hand.

It’s sure to be a lively one so make sure you’re following every second of the action with Sportsmail’s SAM BLITZ, for live EPL coverage from Anfield of Liverpool vs Everton, including scoreline, lineups and build-up

Carlo Ancelotti makes three changes but one of them is not Dominic Calvert-Lewin, who is only fit for the bench.

The Italian looks like he’s picked a back three for Everton this afternoon.Seamus Coleman replaces the injured Yerry Mina, James Rodriguez starts in place of Alex Iwobi and Gylfi Sigurdsson is switched out for Andre Gomes. 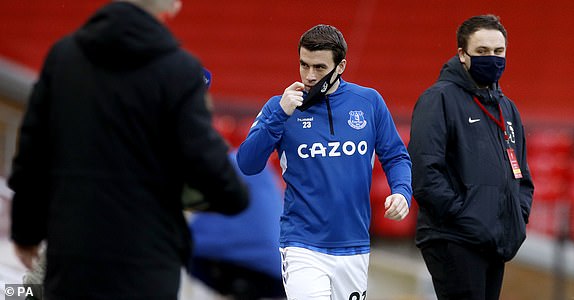 The team news is in and there’s no surprise that Jurgen Klopp picks an unchanged side to the one that beat RB Leipzig in midweek.

It means Thiago keeps his place in the side along with Curtis Jones and Gini Wijnaldum. Liverpool’s front three is as normal. 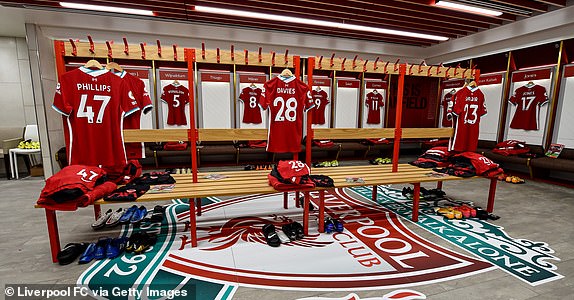 The team news, which is coming soon, should be interesting. Does Dominic Calvert-Lewin start? Will Thiago Alcantara keep his place after a positive sign in midweek?

But while we wait, take a look at our combined XI from Liverpool and Everton players available for this game…

Good afternoon everyone and welcome to live coverage of the Merseyside Derby between Liverpool and Everton!

For the first time in around 16 years, both Liverpool and Everton are in the top-four hunt and today’s derby will go a long way to decide which side will finish above the other come the end of the season. 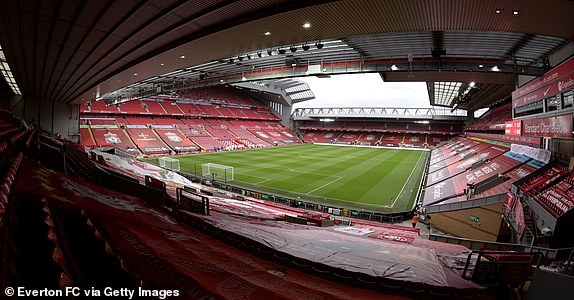