Home » Soccer » Liverpool: Why Redbird’s investment is unlikely to spark a transfer spree 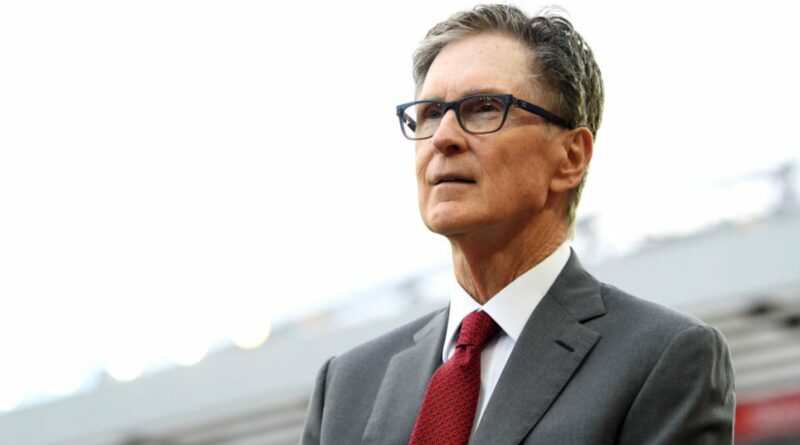 Anyone expecting Liverpool to embark on a summer spending spree after RedBird Capital Partners acquired a £533 million stake in Fenway Sports Group (FSG) is likely to be disappointed. The club’s owners have consistently taken a cautious approach to the transfer market, funding recruitment with sales. This policy will continue in the second summer of Covid.

The wider strategy of the transaction, which values FSG at more than £5 billion, remains opaque. It allows Liverpool and the Boston Red Sox to operate relatively normally through the pandemic. Coronavirus has cost Anfield in the region of £120 million but the impact on the Red Sox has been even more pronounced. The Major League Baseball team made £144 million in gate receipts in the 2019 season and that income was wiped out last year.

The Red Sox are FSG’s flagship franchise. No money has ever been siphoned away from Liverpool to Fenway Park but one source close to John W Henry, the principal owner, said: “The Sox were always part of FSG’s grand strategy. Liverpool were an opportunist buy. Henry’s legacy is rooted in the city of Boston.”

The plan for the Red Sox’s future has always been simple. When Henry dies, the agreement is to sell the team. The 71-year-old regarded Liverpool as a shorter-term investment.

For more than half a decade FSG have been prepared to listen to offers for Anfield. In 2015 anyone putting £750 million on the table might have piqued Henry’s interest. Since then the pricetag has soared to more than £2 billion. The Boston-based billionaire always made it clear when talking about a potential sale that FSG did not need to sell, were in no hurry to do so and were keen to pass the club on to the right people. Henry wants to be remembered fondly on Merseyside.

The RedBird injection of cash “gives FSG liquidity,” the source said. That is important because cash flow is an issue on both sides of the Atlantic. It could also signal a change in the way the ownership model develops.

“The problem with teams like the Red Sox is that they’re worth so much money there are only a few people in the world who could buy them, even with big investors involved,” Jason Mastrodonato, who covers the Red Sox for the Boston Herald said. It is a good point. The same goes for Liverpool. FSG paid significantly less than the widely reported £300 million for the club 11 years ago. By diluting their share, the owners can recoup their outlay. “It could be the first step to float the whole group,” the source familiar with Henry said. “But no one can be sure.”

None of the experienced FSG observers in the US and the UK spoken to for this article were prepared to speculate with any certainty about what RedBird’s involvement would mean in the long term for Liverpool. The situation is complicated because English and European football is at a crossroads. Henry has long been unhappy with the allocation of resources in the domestic leagues and the American was one of the driving forces behind Project Big Picture, the attempt to reform the finances and power structure of the professional game. His frustrations have not gone away. The Premier League’s Strategic Review is expected to be published in July and its findings will likely provoke another round of infighting over the fiscal future of the league.

The delay to the ratification of the new format of the Champions League has been caused by Europe’s megaclubs wanting a bigger slice of the pie. US-based owners have been prominent in making demands of Uefa. There have also been ongoing clandestine discussions about a Super League, which could be used as a lever against European football’s ruling body.

“There’s massive jockeying going on across the game,” the source said. “The rich always take advantage of a crisis.”

FSG’s statement said that the new investment “will enhance our ability to pursue future growth opportunities in a more accelerated way but with the same selectiveness that has served us so well.” This is unlikely to refer to activity in the transfer market, according to

David Bick, the chairman of Square 1 Consulting and a financial specialist who has been involved in a number of football takeovers, said: “The phrase ‘growth opportunities’ usually means investing in other acquisitions. I don’t think it means spending on players.

“The money will help to plug losses. We are going to see £100 million-plus losses because of Covid. Even the biggest clubs are feeling the pain.”

With sports in a state of flux, FSG have bolstered their position. The deal allows them to continue with the £60 million redevelopment of the Anfield Road end, which may have been postponed otherwise. It will not give Jurgen Klopp the freedom to spend with impunity but it should allow Liverpool some latitude if the right player becomes available at an acceptable price.

The investment also proves something else. Even in the depths of a global emergency there is plenty of money to be made in football. The bubble is a long way from bursting.