Liverpool reveal plans to host a victory parade even if they LOSE next week’s Champions League final and miss out on the Premier League title, with the FA Cup and Carabao Cup already won

Liverpool have announced they will hold a victory parade next weekend even if they fail to win the Premier League title or Champions League final.

Jurgen Klopp’s Reds can cap a remarkable season in the next nine days with two more trophies up for grabs, having already lifted the FA Cup and Carabao Cup during the campaign.

Liverpool go into the final day of the Premier League season just one point adrift of title rivals Manchester City and know a win over Wolves will secure the league crown if Pep Guardiola’s side drop points against Aston Villa. 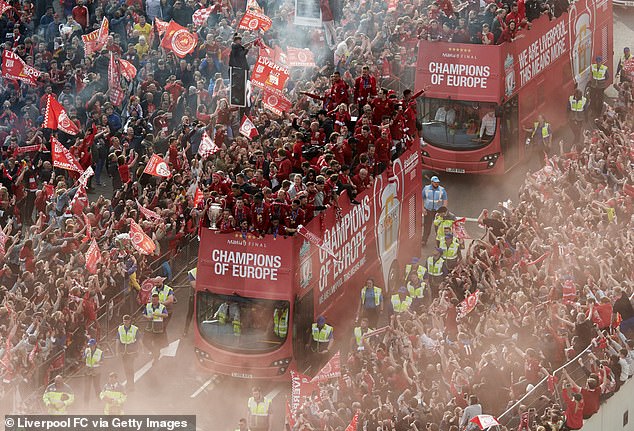 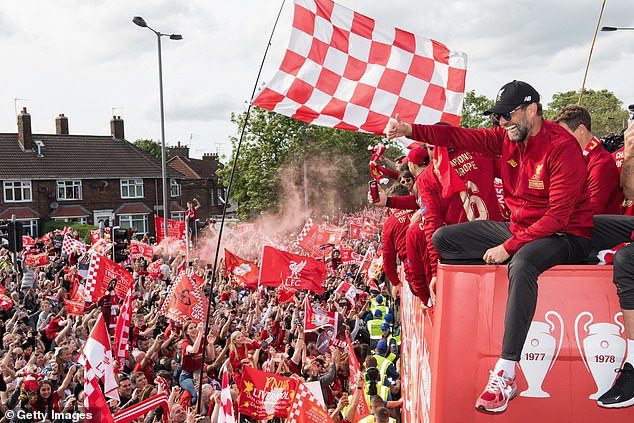 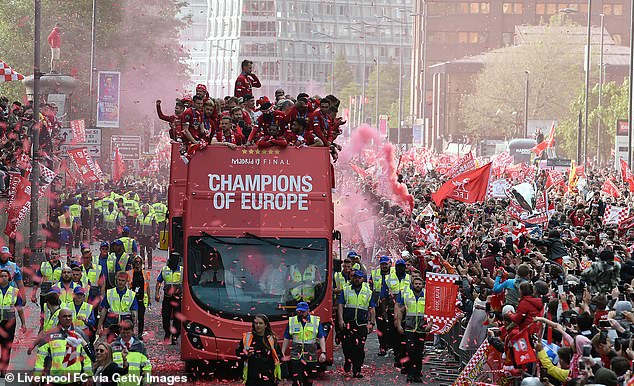 With that title then potentially secured, Liverpool can complete a remarkable quadruple on May 28 in Paris when they take on Real Madrid in the Champions League final.

But, despite the possibility of Klopp’s squad finishing with just both domestic cup competitions in the trophy cabinet this season, Liverpool will still hold a victory parade on May 29.

The Mayor of Liverpool, Joanne Anderson, had already invited the club to take part in a victory parade in preparation to celebrate another stellar season under Klopp’s leadership.

After last week’s FA Cup final win over Chelsea on penalties, the Reds will have at least two trophies to show off after also beating Thomas Tuchel’s side in the Carabao Cup final in February.

Thousands of fans lined the streets of Liverpool back in 2019 to celebrate their side winning their sixth European Cup against Tottenham in Spain. 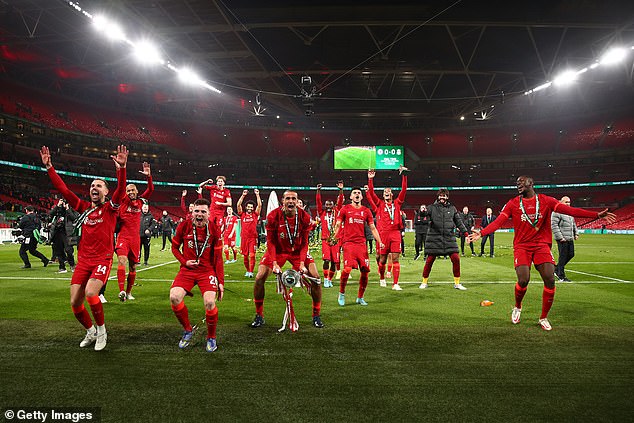 The parade this time around will start at 4pm and will also feature a bus with members of the Liverpool Women’s squad, who won their league title and secured promotion to the Women’s Super League.

The bus will take the same 13.5kilometre route as the 2019 parade and will start at Allerton Maze in the south of the city before finishing at Blundell Street.

Mayor Anderson said: ‘We’re delighted that we can now confirm the club will definitely parade around the city on May 29 – and I’m pleased we will be celebrating the achievements of both the men and women’s teams.

‘A huge amount of work goes on behind the scenes in preparation for an event of this size and scale, so it’s fantastic that the city is now going to be able to experience this.

‘Lifting the FA Cup, the Carabao Cup and the FA Women’s Championship trophy is an incredible achievement that deserves to be acknowledged and we have everything crossed that they won’t be the only trophies they are lifting on the day! 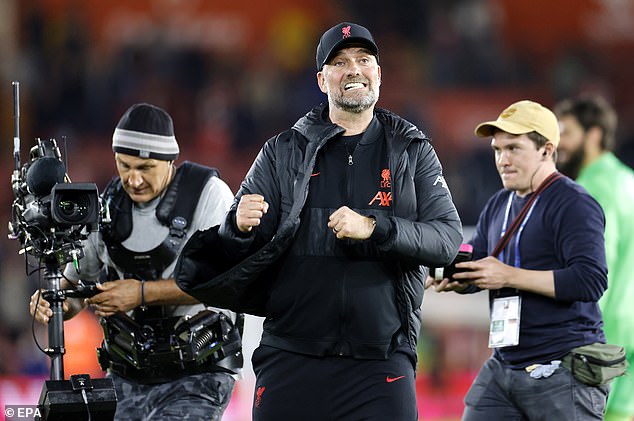 Klopp’s men can complete the quadruple in the next nine days, giving fans plenty to celebrate

‘Whatever the outcome of the end of the season and the Champions League final, Liverpool FC and Liverpool FC Women have already done us proud, and we will give both teams the homecoming celebration they deserve.’

Sportsmail reported on Wednesday that Premier League officials will set up identical presentations at the Etihad Stadium and Anfield with the title race to go down to the wire.

Premier League chief executive Richard Masters will be at the Etihad on Sunday with the genuine trophy.

Meanwhile, a replica trophy will be present at Anfield in case Liverpool are able to come from behind and beat City to the Premier League title. 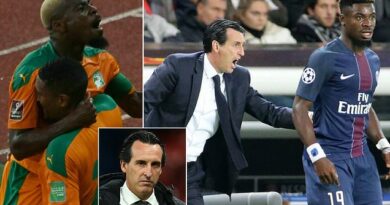 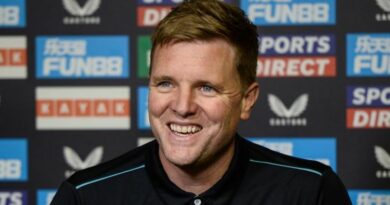