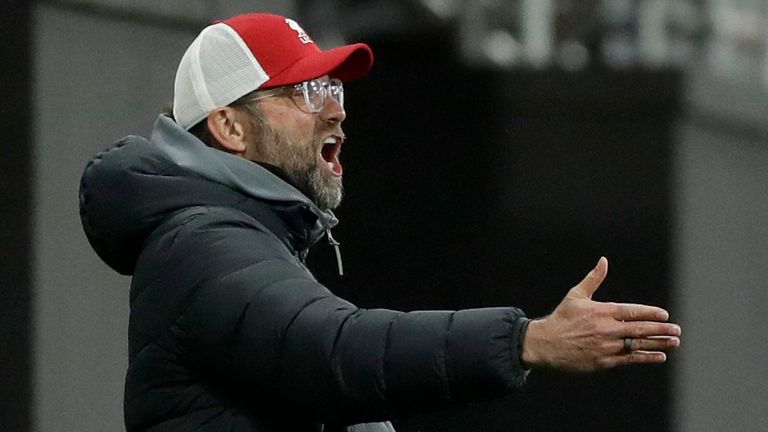 Transfer expert Fabrizio Romano provides an update on Liverpool’s transfer pursuits as part of a regular feature for the January transfer window.

I think that Jurgen Klopp has been so honest when he speaks about the market. Not all managers are honest about transfers, but Jurgen Klopp was honest.

They are looking for opportunities. If something arrives, they will be ready to sign a new player but spending 60 or 70 million euros for players like (Dayot) Upamecano or this kind of centre-back is absolutely impossible in this window for Liverpool.

If they will have a good opportunity, they will think about it in the next weeks. If not, I am sure Liverpool will stay with this squad.

They will try to extend the contract of Virgil van Dijk. They are planning with him for the future so this year they will open negotiations to extend his contract and then next summer they will go for someone new.

I think it’s so, so difficult. First of all it’s never easy to negotiate with German clubs in two or three weeks, so it won’t be easy in this case.

Also we have to remember Borussia Dortmund’s idea is to not sell players in January, and with the Axel Witsel injury it would be really difficult to sign Brandt in this moment.

For sure, Arsenal are following the player, but at the moment it would be difficult to sign him in January, I expect Dortmund to keep this squad and not let him leave.

It’s a crazy story, because he is going to the fourth division of Italian football, joining Sona, a small city near Verona. He decided to join because he is with his son, playing with this club, who is 15.

Maicon wants to play with his son at this club. It’s an amazing transfer story, we were not expecting this.

We are talking about one of the best right-backs we have seen in Italian football, he’s back. We will see how the fourth division compares with his level.