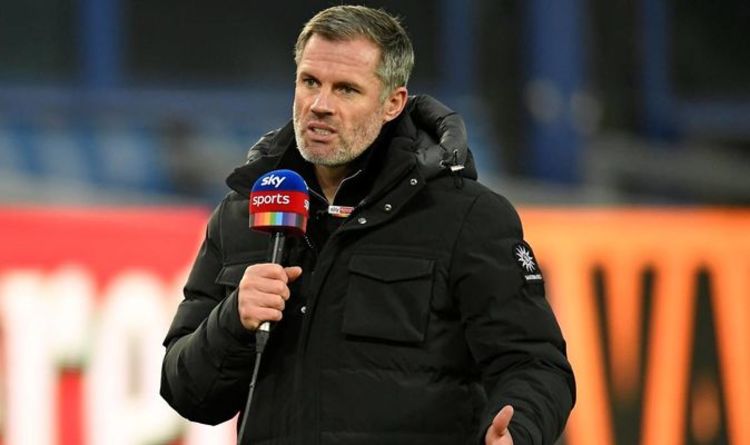 Liverpool may not have been linked with a transfer of Cristiano Ronaldo or Harry Kane but the reason why has been explained by club legend Jamie Carragher.

Liverpool have a different way of doing things in the transfer window, compared to the likes of Manchester United and Manchester City.

The Reds often operate in the shadows, looking to pull off cheap deals that can bolster the squad rather than splash the cash.

That is not to say that has not happened in the past, transfers such as Virgil van Dijk and Alisson were world-records for their positions at the time.

But overall, their shrewd methods have reaped great success with the likes of Mohamed Salah, Roberto Firmino and Sadio Mane all commanding relatively modest fees.

Liverpool have been strenuously linked with Kylian Mbappe while fans would no doubt love to see them go for the likes of Kane and Ronaldo.

However, Carragher has explained why that simply will not happen at Anfield anytime soon.

When speaking about the lack of business on Merseyside, he said: “I’m not worried about it, that’s the basic model.

“Liverpool’s owners don’t have the revenue of Manchester City, Roman Abramovich, nor do they bring in as much money as Manchester United do.

“So, Liverpool have had a model since FSG have come in and it’s worked spectacularly. They’re seen as one of the best operators in the transfer market and how they go about their business.

“What Liverpool don’t do is they don’t make silly decisions, compared to when I was a player.

“So, everyone was calling for them to sign a centre-back permanently in January but they waited until the summer to get the one they wanted.

“When you see what Chelsea are doing bringing Lukaku in; it’s a fantastic signing but Liverpool wouldn’t pay that money for a 28-year-old striker.

“They wouldn’t have brought Harry Kane or a Ronaldo type who is 36.

“They don’t do that and have a set way of doing things which has proved to be successful.

“I think it’s difficult to criticise what Michael Edwards and FSG have done since they have been at the club.”

Chelsea will avoid facing European giants if they beat Arsenal