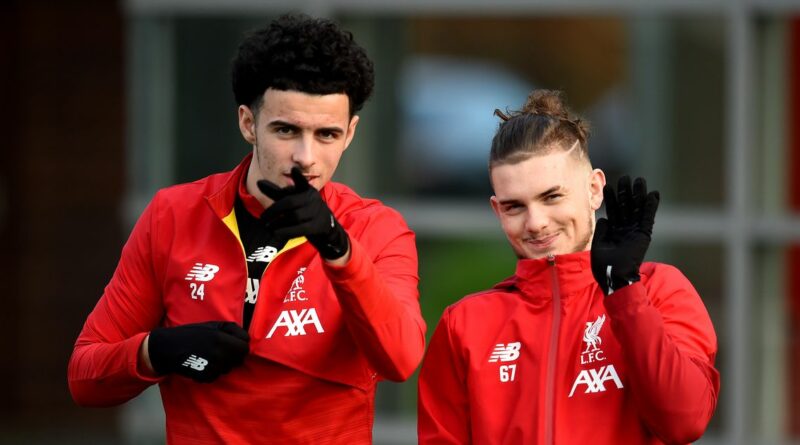 Liverpool legend Ian Rush believes the future is bright on Merseyside thanks to Harvey Elliott and Curtis Jones.

Elliott, 18, and Jones, 20, are two of the youngest members of Jurgen Klopp's squad but both have made a big impression this season.

The latter of the pair started Liverpool's last four games before the international break, scoring against Brentford, while former Fulham man Elliott had forced his way into the team prior to a horror injury picked up against Leeds United.

No timescale has been put on his recovery, but it is believed he will be out for at least four months.

The performance of the two fledgling stars has been a real feather in the cap of the Reds so far this term, and Rush believes the future is bright with them at the club.

Speaking exclusively to Daily Star Sport thanks to Gambling.com, the Anfield hero revealed how proud he is of Elliott, in particular, and offered an interesting insight from Klopp.

Asked how impressed he has been with both players this season, Rush said: "Absolutely fantastic. Harvey Elliott, talking to Jurgen Klopp and all that he said, he’s most probably the best trainer. It doesn’t matter how old you are, if you’re good enough you’re old enough, whether you’re 18 or 38.

"He’s been absolutely fantastic. I think he’s made a real difference. Why did we let Xherdan Shaqiri go? Because we’ve got Harvey Elliott there. He made a big difference and I’m so proud of Harvey because of the way he’s been playing."

Elliott's injury will keep him on the sidelines for a while yet, handing an opportunity to Jones, who Rush believes has stepped up to the plate in a big way already.

"Unfortunately he got that injury but I think that has put on Curtis Jones. I think Curtis last year was in front of Harvey. I think what’s happened now is that Harvey has come up there and had to be patient.

"With that injury I think you’ve got to take that chance. I think Curtis Jones has taken that chance again and gone up to another level."

"The way he’s reacted to that just goes to show what a class player he is. Them two for the future, Liverpool have got a bright future there."