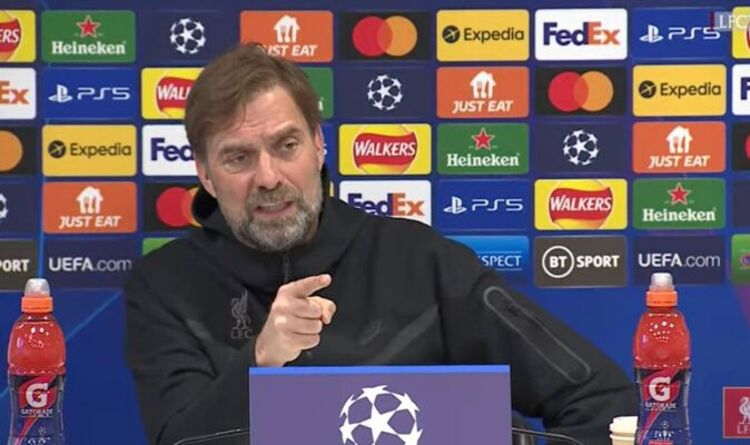 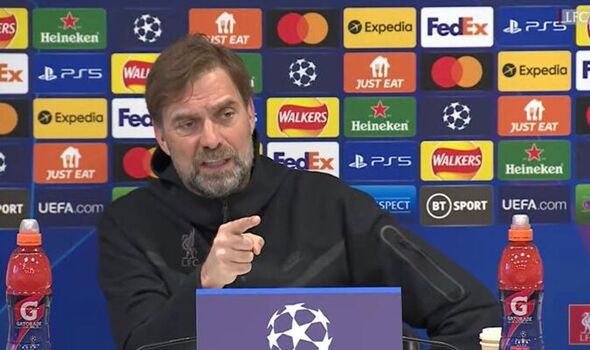 Liverpool boss Jurgen Klopp has called out BT and the Premier League for scheduling a Saturday 12.30pm kick off in the same week that they could face a Champions League semi-final clash against Bayern Munich or Villarreal.

With such a close gap between the two teams, it still leaves the dream of a historic quadruple alive with Liverpool already this season’s Carabao Cup champions. They still need to navigate through the FA Cup semi-finals, against City this weekend, and a Champions League quarter-final against Benfica.

Liverpool hold a 3-1 lead from the first leg and will be strong favourites to progress to the semi-finals. But the Reds’ campaign may well be disrupted at the end of the month with the first leg of the Champions League semi-finals scheduled for April 26/27.

Liverpool would have little time afer the game to prepare for the clash against Newcastle, which has been moved up to the 12.30pm kick-off time on April 30. And Klopp has pointed the finger at BT and the Premier League as the reason why Premier League clubs have struggled to win multiple trophies over the years.

“The fixture list we have now…we have to get through,” Klopp said. “I am only concerned about Benfica now. Then City Saturday. United, Everton and maybe a semi.

“BT and PL gave us Newcastle away at 12.30pm. The schedule and how people use the ‘fame’ in the moment. ‘Liverpool is hot and everyone wants to see them’. They couldn’t care less the TV stations.

“I know I’m angry but it’s just not okay. ‘If’ we play a Champions League semi-final. If you find another league in the world and another broadcaster where they put the one team in the semi-final – it might be two or three English teams – on a 12.30… throw them a stick between the legs. What? Why would you do that.

“That’s why it’s so difficult and why it never happens because nobody cares. It’s unbelievable. We played City, so tough, how could I think about other cups?

“We play Benfica, how could I think about winning the Champions League. We just try to to squeeze everything out to stay as long in the competition as possible, hopefully in the final or in the league that you can make the last decisive step.”

Manchester United are still the only English side to clinch the ‘true’ treble back in 1999 after winning the Champions League, FA Cup and Premier League. They missed out on the quadruple having lost to Tottenham in the quarter-final stage of the League Cup. 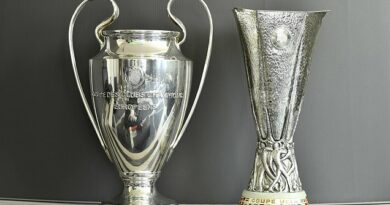 Champions League semi-finals with rebel clubs 'will go ahead' 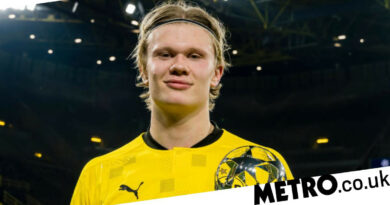