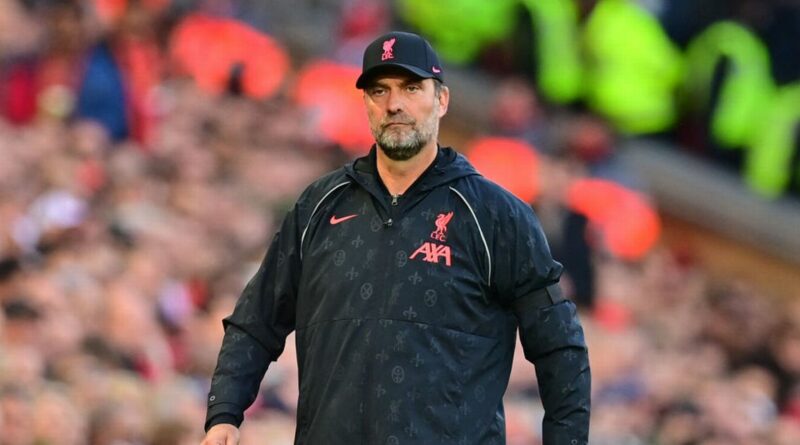 Jurgen Klopp has left Liverpool fans in awe with his tactical discussion after the Reds' draw with Manchester City over the weekend.

Liverpool faced a tough challenge against Pep Guardiola's side, and the Reds were lucky to get into the half-time break on level terms with their Manchester rivals.

However, after an inspired start to the second period, Klopp's side led twice before being pegged back by Phil Foden and Kevin De Bruyne respectively.

Liverpool seemed to adopt a different style of play against City.

And Klopp was on hand to give his reasoning behind the changes in an in-depth post-match interview.

"First of all, what you have to say is you're playing Man City, and Man City with the ball is a proper team," he told Sky Sports after the full-time whistle.

"But there are obviously, as we saw in the second half, ways to defend it. What you have to do is close down the decisive spaces.

"For that, you have to step out in specific moments.

"So what does City want to do? They want to play through the centre.

"First idea. But if the centre's closed they leave the two wingers high and wide, pass the ball there. If it's a big switch or just a pass.

What did you think of Liverpool's first half display? Let us know in the comments section

"I'm not sure I've seen many games where City could pass the ball that easily through the half-spaces.

"So then we had these long balls that made absolutely no sense. One or two of them maybe made sense.

"All the rest, not really, I didn't see the reason for it.

"Obviously, all these things we changed in the second half immediately. We set up, we were higher and more aggressive in this situation.

"We felt closer, we felt more compact [and] we scored wonderful goals.

"The message for the football was 'play the extra pass'. We didn't do that in the first half at all.

"Second half I'm really happy. It's a strong opponent. Do we want to win a game like this?

"Yes but we have to admit today because the game has two halves, the point is completely fine."

Roy Keane had commented at half-time that Liverpool had set up like a. lower league side in the cup.

And the side that emerged in the second half looked a fry cry from the Liverpool side that had turned up in the first half.

Mohamed Salah stole the show with an early contender for goal of the season as he tied the City defence up into knots before slotting the ball past Ederson.