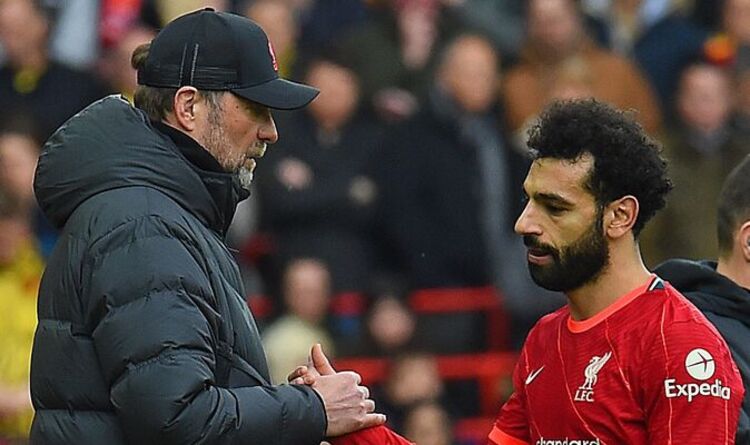 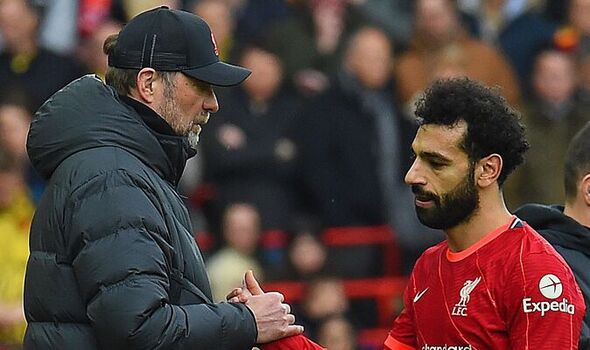 Liverpool are the in-form team in the Premier League having now won an impressive 10 consecutive matches, but Mohamed Salah’s influence has seemingly waned in recent weeks. The main storyline around Salah has been his immediate future at Anfield with no progression made on contract talks.

Salah has seemingly not let the contract situation affect his performances this season with the forward bagging 20 league goals in 26 starts. The 29-year-old has found top form in the Champions League too with eight strikes in as many matches.

But, by Salah’s very own high standards, the Egyptian is going through a dip in form of late which may have something to do with the amount of football he’s played in 2022. The game against Watford at the weekend was Salah’s 21st of the year having played nine matches for Egypt in both the Africa Cup of Nations and World Cup qualifiers.

Not only that, Salah has also had to contend with playing 120 minutes in six matches altogether. In total, Salah has already played 1,898 minutes of football in 2022. For context, that’s more minutes than the likes of Martin Odegaard, Jorginho and Raheem Sterling have played in the entirety of this Premier League season.

With Liverpool still fighting on all three fronts, that’s only going to increase in the final few months of the season. And Jurgen Klopp will need his star forward firing on all cylinders when it matters most.

Salah has been heralded as one of the fittest footballers in the world, but the sheer amount of minutes he’s played since the turn of the year is seemingly already taking its toll. Klopp has clearly been watching Salah’s minutes as well with the Egyptian not finishing the full 90 minutes in his last four league games.

Liverpool have picked wins over West Ham, Brighton, Arsenal and Watford in that time with Salah returning just one goal against those four sides. More important fixtures are to come though and Klopp will likely need his star man for the full 90 minutes.

Liverpool take on Benfica in the first leg of their Champions League quarter-final tonight and a big win could give Salah some respite for the second leg. But all eyes will be on the title clash this weekend when Liverpool visit the Etihad to face off against Manchester City.

Klopp is not short of attacking options, particularly since the arrival of Luis Diaz, but Salah remains the focal point of Liverpool’s frontline. Diogo Jota has been the man to step up this season if goals are needed from elsewhere, while Sadio Mane has also found good form throughout the year.

However, when Salah is at the top of his game, Liverpool tend to win matches and will need him fresh for when it matters most. Picking those moments will be Klopp’s biggest challenge though as one small slip up could be the difference between Liverpool’s chase for a historic quadruple ending in a whimper.