The youngest player to ever wear a Liverpool shirt now runs a fried chicken shop after his football career decline.

Jerome Sinclair was just 16 years and six days old when he made his first team debut for the Reds in 2012, making him the club's youngest-ever star at the time. The attacker, now 26, was thrust into action by Brendan Rodgers during the Reds' League Cup tie against West Brom when he came on as a substitute for Samed Yesil.

It was a memorable experience for Sinclair who made history whilst starring in the Reds' 2-1 victory against the club where he made his bones prior to his switch to Anfield for £200,000. Rodgers had high hopes for the teenage prodigy and said after the match: "Now the hard work begins for Jerome. It’s no good being the youngest player and then drifting out of it. Thankfully, he’s a good kid and he’s really focused. That hunger to learn can take you a long way.”

And the youngster described the experience as a "dream come true."

However, Sinclair's dream soon turned into a nightmare, and he only made four appearances for the Reds' first team, including his Premier League debut against Chelsea in 2015, the same year he scored his first and only goal against Exeter in the FA Cup, before leaving Anfield to join Watford in 2016.

Can Liverpool clinch a top four spot this season? Let us know in the comments section below Following a number of subsequent loan spells at Birmingham City, Sunderland, Oxford United, VVA Venlo, and finally with CSKA Sofia in 2020, Sinclair walked away from the sport in 2021, and became the owner of fast food chain Morley's Birmingham branch based on Dudley Road. The fried chicken franchise confirmed Sinclair's arrival on Twitter last year and wrote: "Welcome to the Morley’s family Jerome Sinclair.”

Prior to his fall from grace, Sinclair was one of Liverpool's brightest prospects after moving to Anfield from Birmingham with his dad ahead of the 2011/12 season at the age of 15. He was so impressive whilst playing for Liverpool's U16 team, that he was bumped up to the Reds' U18 side in the same campaign and earned himself a call-up to the England Youth squad.

Whilst starring for Liverpool's U18 squad, Sinclair bagged eight goals in six games ahead of the 2012/13 season, resulting in his promotion to the Reds' reserve side. And it was his performance in the U19's NextGen Series trip to Inter Milan that caught the eye of Rodgers who plucked him from the reserves to play against West Brom a week later.

Reliving the experience of his record-breaking appearance, Sinclair said to the Football 25/8 YouTube channel in 2020: "Everything happened so quickly. I was in year 11 at the time.

"My first session with the first team at Melwood was the best I’ve had in my life — everything I touched was a goal. I was just so happy to be there. Rodgers called me over and said, ‘I really like you, you’re going to be up here more.

“Then, at the hotel, I found out I was on the bench against West Brom. Lots of the boys I played with there were ball boys that night. I’ll never forget that moment when the gaffer said, ‘You’re coming on’. At 16, I had no fear.”

But despite ending up on football's scrapheap after failing to reach the heights he was destined for, Sinclair can still take comfort from the fact that he's still the youngest star to adorn a Liverpool shirt, a record he usurped from Jack Robinson who previously owned the accolade when he made his debut aged 16 years and 250 days against Hull City in the 2009/10 season.

The closest player to come within reach of hijacking Sinclair's record is Reds midfielder Harvey Elliot who had his first run out with the big boys aged 16 and 174 days against MK Dons in the League Cup's 2019 edition. And Sinclair's got a plethora of football stories he can share with the Morley's staff when visiting his franchise.

Reminiscing of the times he spent on the pitch with the likes of Steven Gerrard and idol Thierry Henry in the same aforementioned interview, Sinclair mused whilst highlighting the pitfalls of the game: "There were some huge names in that dressing room, like (Luis) Suarez and (Philippe) Coutinho but Gerrard was the best — there would be moments in training when he’d do something with the ball and people would just stop and clap.

“Gerrard was very good with me and made me feel involved. He asked me to play in his all-star charity game against Jamie Carragher’s team. I started in a front three with Thierry Henry and Ryan Babel. I can never thank him enough for giving me the opportunity to meet my idol.

“By the end of that season, I felt like I’d pushed through a big barrier. I thought I was back on track. Now, I can see I was only at the start of all the obstacles and all the trials and tribulations you experience in football.” 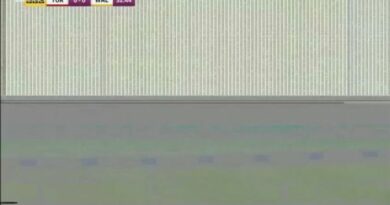