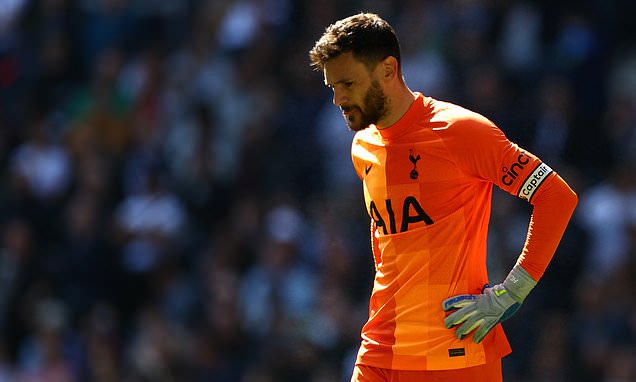 Hugo Lloris warns Tottenham not to throw away chance of a top four finish following loss to Brighton: ‘I hope this defeat will help the team to finish stronger’

Tottenham captain Hugo Lloris has warned his side not to throw away their chance of qualifying for the Champions League next season.

Spurs saw a run of four successive wins, which had catapulted them from eighth into the top four, come to an abrupt end when they were beaten 1-0 by Brighton on Saturday.

They got away with it to an extent as Arsenal lost at Southampton, but Manchester United’s win over Norwich saw them close the gap on Spurs to three points. 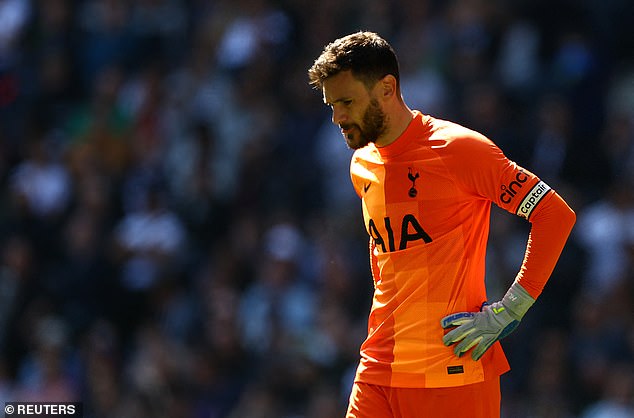 Spurs seemed out of the race for most of the season and having got into a position where it is in their grasp, Lloris has called on his side to keep hold of it.

‘We don’t have a cushion so we have to go on another run,’ he said. ‘But we must take it game by game because if we look too far forward, we can slip in other games.

‘What hurts me the most is, we have suffered so much, and to arrive in this position, it is not the moment to throw away what we have built in the last few weeks.

‘We received a lot of kicks during the season and it is not the time to give this boost to our rivals.

‘We have a week to prepare for the next game and I hope this defeat will help the team to finish stronger.’ 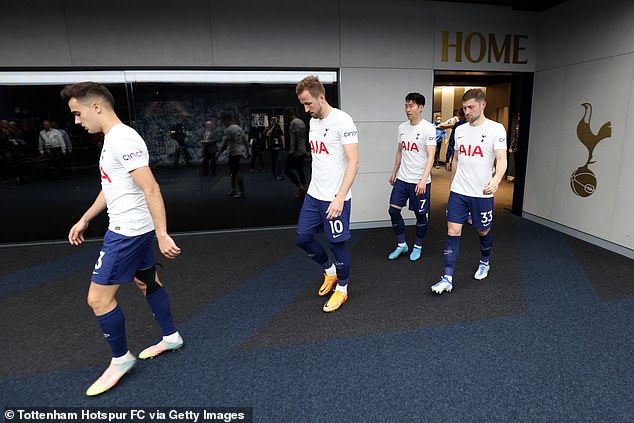 Arsenal and United play twice before Spurs visit Brentford next Saturday, which means they could be as low as sixth next time they take the field.

Lloris says winning in west London next week is the only way to respond to their defeat.

‘We bounce back by winning. In training we’ll prepare as best we can to give us a chance to win, but it is going to be a tough game especially at this period of the season when teams like Brighton are already safe and play with that freedom and without the pressure of the result,’ he said.

‘Mentally we have to increase the level of focus. Sometimes you can have a lack of energy for various reasons, but the focus is so important.

‘Look at how we conceded the goal, it is all about focus and concentration. It is never too late to learn.’ 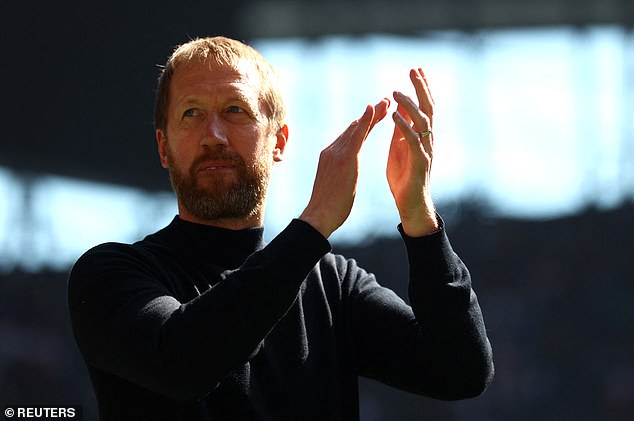 Brighton followed up their win at Arsenal last weekend with another three points in north London and it was deserved as they prevented a Spurs side who had scored 12 goals in three games registering a shot on target.

Boss Graham Potter said: ‘The guys put in a hell of a shift. I think you have to understand that we’re up against a good side, all over the pitch, and to try to stop the source into their attacking players, that are legendary in terms of the Premier League status and who can blow teams away fairly quickly, meant we had to be strong in that area – and I thought the guys did it really, really well.’ 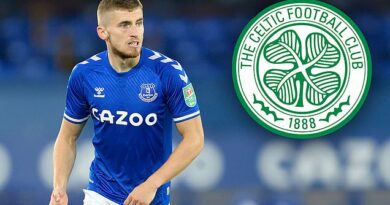 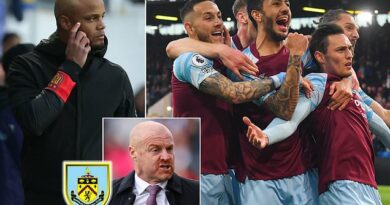 Vincent Kompany 'is a surprise contender to be next Burnley boss'