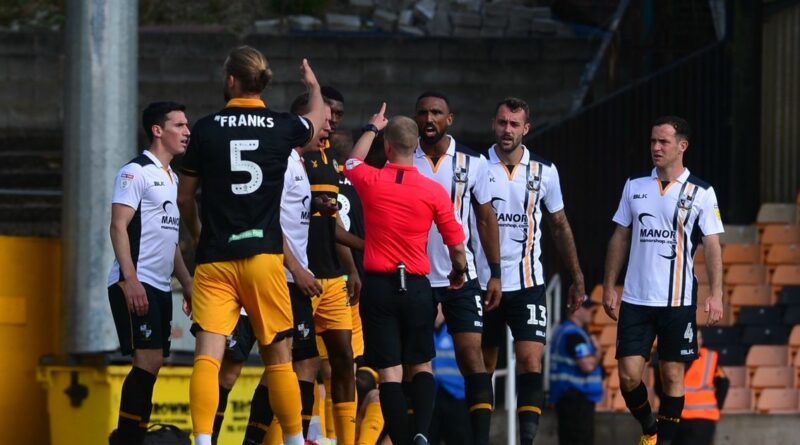 Some clubs seem to get all the luck and that counts even more so in the penalty box – where some appear to get all the decisions, whether they are right or wrong.

There was a period of time when Bruno Fernandes seemed to be scoring penalties every week for Manchester United while Liverpool were slammed for getting the lion's share of VAR decisions for a while.

No such luck has dawned on Port Vale, though, whose fans might have solemnly accepted the fact that they may never see another penalty go their way for all of eternity. Or at least, that is what it must feel like.

The Vale have gone 70 games without the referee pointing to the spot, a total of 520 days. You would have to go all the way back to 24 April, 2021 to see the last time they were awarded a spot-kick.

That was in a 2-1 win over Bradford City when Tom Conlon stuck from 12 yards just before half-time as Vale came from a goal behind to claim victory as a result. But that must seem a distant memory to even the most avid of fans at Vale Park.

The League One outfit have yet to see such a decision go their way since – going the entire 2021/22 campaign without the referee pointing to the spot. That must have made it even more difficult when they reached the League Two play-offs.

After a 2-2 draw on aggregate against Swindon, the match went to penalties while some players must have been bamboozled by the occasion. Incredibly, they battled adversity to win 6-5 on spot-kicks, eventually beating Mansfield Town in the final to win promotion.

Despite not doing so well from the box, Port Vale are doing okay so far in League One where they sit 13th after landing 12 points from nine games. Darrell Clarke's men face Sheffield Wednesday at home on 1 October next, where a mythical penalty might just be awarded if the Vale fans wish hard enough.