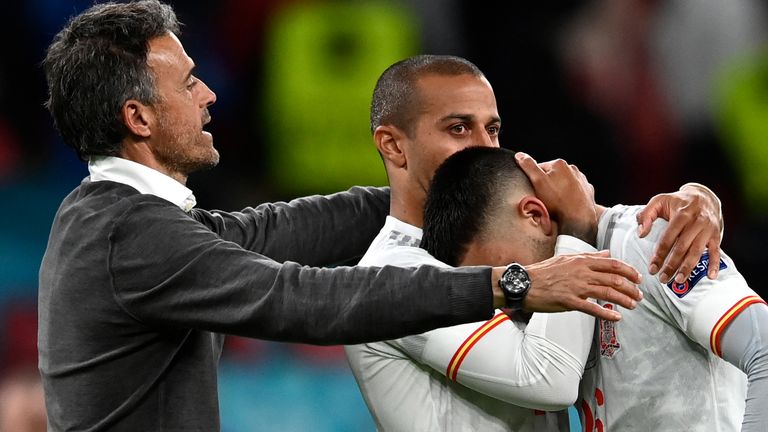 Luis Enrique said he was not sad and had no complaints with his squad after Spain’s Euro 2020 exit to Italy, praising the contribution of substitute Alvaro Morata.

Morata has come in for plenty of attention during the tournament – not always good – but the striker came on to score a late equaliser at Wembley on Tuesday, sending the semi-final into extra-time.

He did miss his penalty during the decisive shootout – which was won 4-2 by Italy – but Enrique continued his support for Morata after the game.

The Spain head coach said: “He has an abductor issue. It says a lot about his personality that, despite that, he wanted to take a penalty. “He has gone through some tough times during this competition but he was brilliant, he created a lot of uncertainty in the Italian ranks, he scored, he was excellent. I haven’t been able to see him because he went to doping control but I will go and see him now.”

The Wembley defeat marks the first time Spain have failed to progress from a semi-final at a major tournament in their history, having reached the final from each of their previous five semi-final appearances.

But Enrique had nothing but pride in his players, saying: “It’s not a sad night for me, not at all. Of course there is disappointment, but that’s football. You have to be able to win and lose. We were very pleased to win the shootout in the quarter-finals but we have to congratulate our opponents. 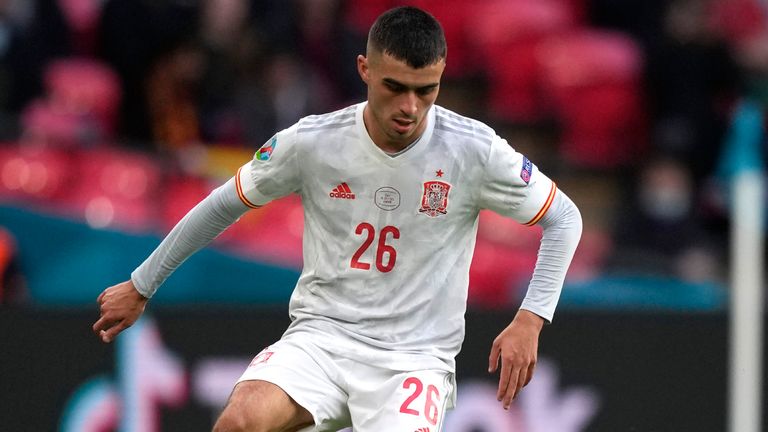 “I said at the start we were one of eight teams that could win the title, I wasn’t wrong about that. We go home knowing we competed and were one of the best teams at the competition.

“I’d say it would be an A- for my players, an A+ if we’d won. We’ve been speaking about how we’d like to play at the Euros for many months, and the players bought into it, so I have no complaints. We’ve shown we’re a team and we’re going to continue doing that.” Italy head coach Roberto Mancini was in a cautious mood after a scintillating semi-final victory, and he has his eyes firmly on finishing the job on Sunday.

“We still have one game to go and we want to do exactly that if possible,” he said.

“We knew it was going to be a very tough match because In terms of ball possession, Spain are the best around and they would cause us problems. We had to dig in when we needed to. We tried to score and create opportunities when we needed to, it was a very open match and there were some issues because we didn’t have too much possession.

“However, we wanted to make it into the final and we kept trying right until the end. As ever, penalties are a lottery but I really want to take my hat off to Spain, they are a wonderful team.

“I thank the players because they believed from day one that we could produce something incredible. We haven’t yet done everything we need to, there’s still one step to go and now we have to rest up because this really was very challenging.

“I did say to them before the match that this would be our hardest game of the competition because when you go into your sixth match in such quick succession with all the travelling we’ve had to do, it becomes very tiring. “Difficult tasks are all the more enjoyable and we are glad to make it to the final. But we have not achieved anything yet so we will have to wait.”

Italy dispatched four of their five penalties – only Manuel Locatelli missing the opening spot-kick – but Mancini praised goalkeeper Gianluigi Donnarumma for his role in the shootout.

He added: “We began practising them [penalties] when we all met up together. You can train penalties but ultimately, in match situations when tiredness kicks in, it’s not easy by any means. We took them well and did very well because we’ve got a wonderful goalkeeper who saved a crucial spot-kick.”

What the players said 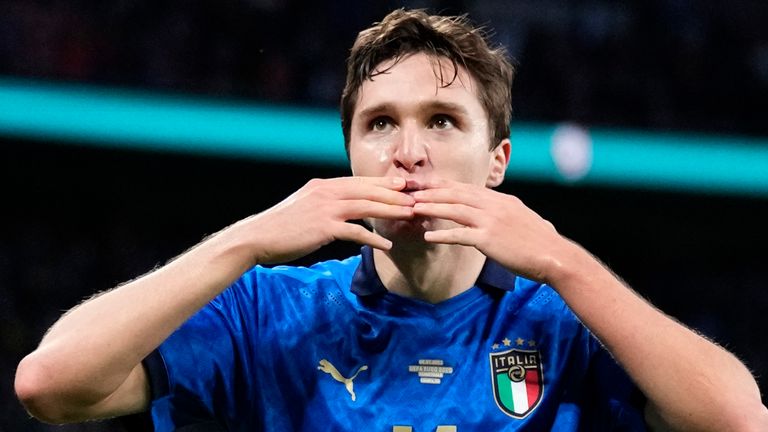 Italy goalscorer Federico Chiesa: “Yes, without a doubt [the best night of his career]. Playing for my country in matches like these, representing 60 million Italians out there is an unbelievable dream and I never could have imagined it.

“We need to simply think about ourselves [ahead of the final], just as we have done thus far in the tournament, that’s what’s got us this far. We need to think about what we need to do on that pitch and only after tomorrow night will we think about who’s next.”

Italy goalkeeper Gianluigi Donnarumma: “I was calm before penalties because I knew I could help the team. I’d like to thank everyone, as now we are only one step away from realising our dream. Spain are very strong, but this Italy side has a lot of courage, we never give up.

“Spain caused us a lot of trouble today with their possession, but I think we deserve to play in the final. I don’t want to talk about the final now, I want to enjoy the moment. We’ll think about it when we have to.”

Spain captain Sergio Busquets: “Everyone made Italy big favourites here, but we demonstrated that we were superior to them.

“We imposed the things we wanted to here: owning the ball, winning it back as quickly as possible when we lost it. In general across this match, I think we were the dominant side. But football’s like this, and all we can do is congratulate Italy.

“There’s a year-and-a-half until the next World Cup but we are on the right road, for sure. This is a great national team and the only thing missing was getting to the final, as we were determined to.”

Italy will face either England or Denmark in the Euro 2020 final on Sunday at Wembley; kick-off 8pm.