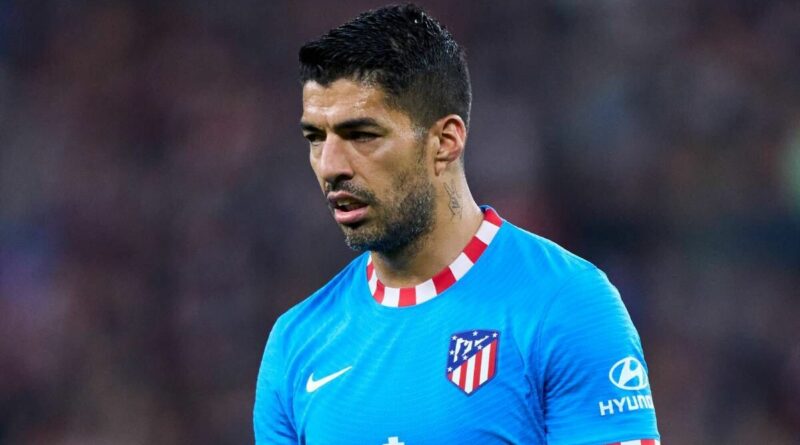 Luis Suarez spoke to his former club Barcelona about returning to the club in the January transfer window, but Atletico Madrid were not willing to let him go, reports suggest. Suarez is out of contract with Atleti on July 1 and looks set to leave the Spanish club – and a blockbuster move back to Barca is reportedly on the cards.

Suarez left Barcelona for Atletico Madrid in controversial circumstances back in the summer of 2020. The Catalan side were immediately made to regret their decision as Suarez banged in 21 goals to help Diego Simeone’s side win La Liga last season.

But the good times have not lasted for the Uruguayan striker, who has found his second season with Atleti more difficult. Suarez has contributed 13 goals and two assists in 41 games across all competitions, with Simeone regularly leaving him on the substitutes’ bench.

His lowered status in the pecking order has seen Suarez grow frustrated – so much so that he explored the possibility of a move away from the club in January. According to AS, Suarez was in contact with Barca, who were keen to organise a return, only for Atletico Madrid to rule out strengthening their rivals mid-season.

JUST IN: Leeds ace Phillips could leave due to clause amid Man Utd pursuit

Barcelona were in the market for strikers in January and ended up signing Pierre-Emerick Aubameyang from Arsenal on deadline day. Barca manager Xavi now has Aubameyang, Luuk de Jong, Memphis Depay and Ferran Torres to choose from in forward positions, with Ansu Fati, Adama Traore and Ousmane Dembele also at the club, but a move for Suarez cannot be ruled out.

Suarez contributed 195 goals and 113 assists in 283 matches for Barcelona between 2014 and 2020. He helped the club win four La Liga titles, four Copa del Rey trophies and the Champions League during that period.

Whether Barca would be willing to sign a 35-year-old forward this summer remains to be seen. But AS says they are also interested in Bayern Munich goal machine Robert Lewandowski, who is now 33, so it could still happen.

Suarez reportedly wants to continue playing at a top level in Europe so that he is in top form ahead of the 2022 World Cup in Qatar, where he could still lead the line for Uruguay. Atleti will not consider renewing his contract so Suarez’s agent is working on a free transfer to a new club.

Klopp relieved after admitting Jordan Henderson injury "could have been worse"