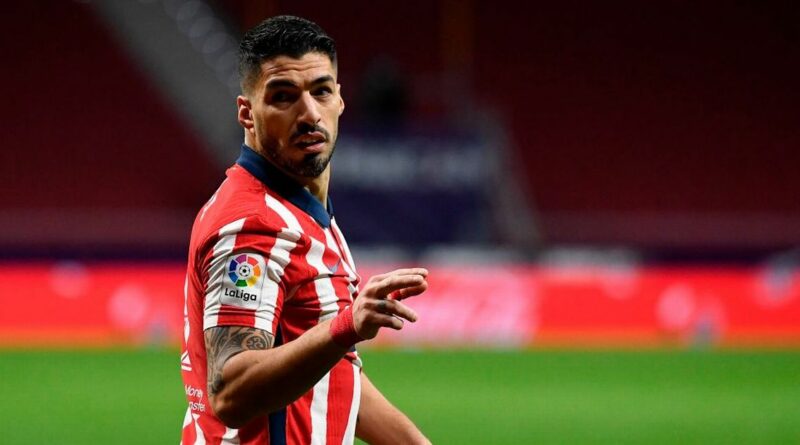 Luis Suarez has predicted that ‘good things will come’ for Facundo Pellistri after he continued to impress out on loan.

Manchester United signed the Uruguayan last summer, with Ole Gunnar Solskjaer opting to send him out on loan in January.

Pellistri spent the majority of his early months in English football with Neil Wood’s Under-23s, although his progress was halted after he tested positive for COVID-19.

With the arrival of fellow winger Amad in January, Solskjaer confirmed Pellistri would be allowed to leave the club on loan.

“He’s had a few games in the Reserves. We want him to have regular football, of course, at a higher level,” Solskjaer said, prior to Pellsitri’s move to Spain.

The 19-year-old then joined Alaves in La Liga, where his influence continues to grow. After starting the first couple of games on the bench, Pellistri has now started the last four.

And against leaders Atletico Madrid on Sunday, he played 90 minutes for the first time, impressing, despite his side losing 1-0.

Starting on the right-wing, Pellistri completed four of his five dribbles and had two shots, up against the experienced Yannick Carrasco.

But taking to social media after the game, Suarez sent a message to his compatriot, telling him to continue in the manner he has started his young career.

Alongside of the picture two, a caption read: “A pleasure @facu_pellistri, continue like this and good things will come.” After completing his January move, Pellistri admitted that he would have preferred to stay in Manchester for longer, but understood Solskjaer’s decision.

"I am very happy despite the rapid changes, faster than I imagined. I was hoping to have a little more time in Manchester, but on the club's side they have organised what to do with each player,” he told ESPN America.

On his first outings in Spain, he added: "The coach gave me the last two games and he is giving me confidence. My team-mates too."

England 3-0 win over Cameroon watched by record 6.9million on BBC One

'I didn't get their banter': Keane didn't warm to Rooney and Ferdinand