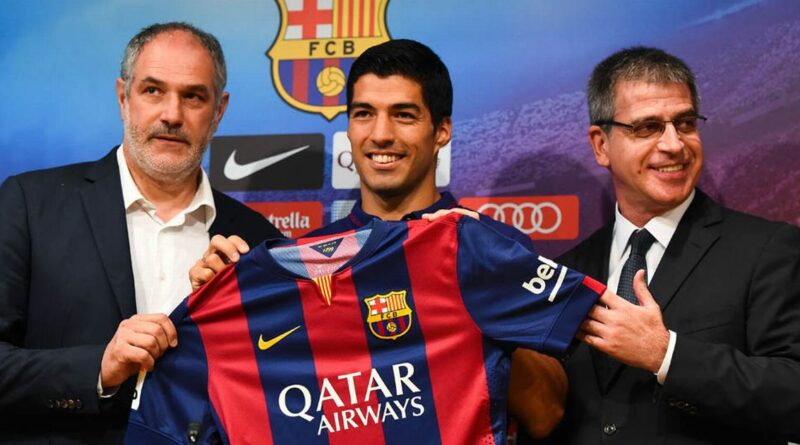 Luis Suarez turned down a potential move to Atletico Madrid before he joined Barcelona in 2014, says Uruguay team-mate Diego Godin.

His success at the Wanda Metropolitano is a bitter pill to swallow for Barca, who allowed him to leave and sign for their arch-rivals last summer.

The Uruguay striker spent six years at Barca after joining in a £65million switch from Liverpool, scoring 198 goals in 283 games and winning four Spanish titles, as many Copa del Reds and the Champions League.

However, upon Ronald Koeman's arrival at the Nou Camp last summer Suarez was deemed surplus to requirements and offloaded to Atletico.

While it was certainly an acrimonious departure, he has put that disappointment behind him and got off to a flyer with Simeone and co in Madrid.

And according to Godin, who has just linked up with Suarez on international duty for Uruguay, he could have joined Atleti instead of Barca all the way back in 2014.

"I had already spoken with [Suarez] when he was in Liverpool, younger in case he could come," he told reporters at Uruguay's training camp last week. "He chose Barcelona, he was not wrong and he broke it.

"When the option came up [last summer], the club called me and I laughed and said, 'Are you serious? We're going crazy for him'.

Suarez and Godin could not inspire Uruguay to victory in their World Cup qualifier against Paraguay on Thursday, instead playing out a 0-0 draw at the Estadio Centenario, Montevideo.

Next up for them is a trip to Venezuela on Tuesday night.

READ MORE:Man Utd want to bring Kieran Trippier back to Prem as competition for Aaron Wan-Bissaka