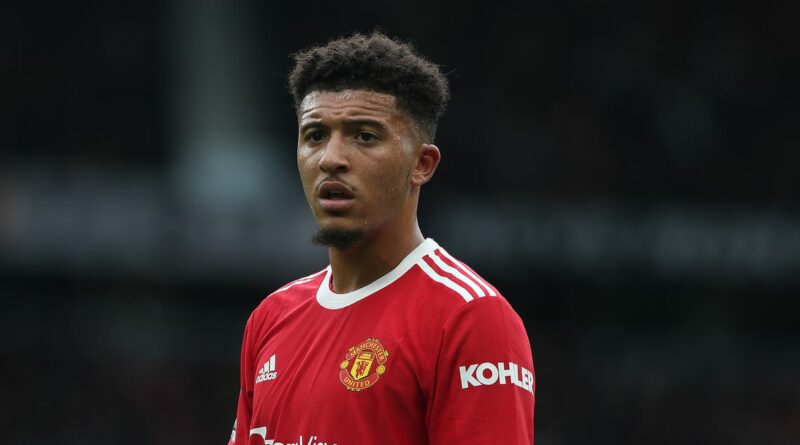 Manchester United stars Luke Shaw and Jesse Lingard are both convinced new arrival Jadon Sancho will succeed at the club despite his anticlimactic start to the season.

Sancho was signed from Borussia Dortmund for £73million this summer, having developed into one of the most scintillating young talents in Europe over the course of his four seasons in Germany.

But the 21-year-old has struggled to make an impact for the Red Devils since his arrival and has failed to produce any goals or assists in his nine appearances, prompting some to question whether he can adapt to the Premier League.

And now his fellow United and England team-mates have come to his defence, stating their confidence in the winger.

Speaking to talkSPORT, Shaw said: “Sometimes, for people, it takes time. But I wouldn’t say he’s struggling at the moment.

“He’s working extremely hard behind closed doors and training really well and looking really sharp. He just hasn’t had that bit of luck that sometimes you need for your first goal or first assist.

“But I’ve got no doubt in my mind, it’s coming. The talent he has is unbelievable, he can go right to the very top.

“It’s just about him staying focussed, keep doing what he’s doing in training and working hard. His time will come.”

Do you think Sancho will manage to reach double figures for goals and assists this season? Let us know in the comments section.

The return of club legend Cristiano Ronaldo has also had the effect of overshadowing Sancho’s contributions.

Ronaldo, 36, has scored five goals in six appearances for Ole Gunnar Solskjaer’s side which has both alleviated some pressure off Sancho and pushed critics to ask for more from him.

But there is no doubting Sancho’s quality when he is in full flow, the playmaker having scored a sensational 38 goals and 51 assists in 104 Bundesliga appearances despite his youth.

And Lingard believes there is plenty more to come from his fellow midfielder.

He said: “I think it’s going to take some time to adapt.

“Jadon’s been around long enough, he knows football inside out and the Premier League can be tough.

“We have full confidence and hope in Jadon to succeed.” 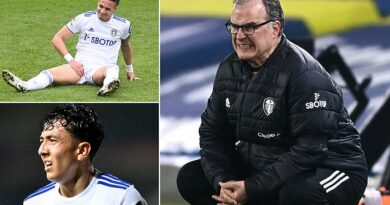 Bielsa: It will be weeks until Rodrigo and Poveda return from injury