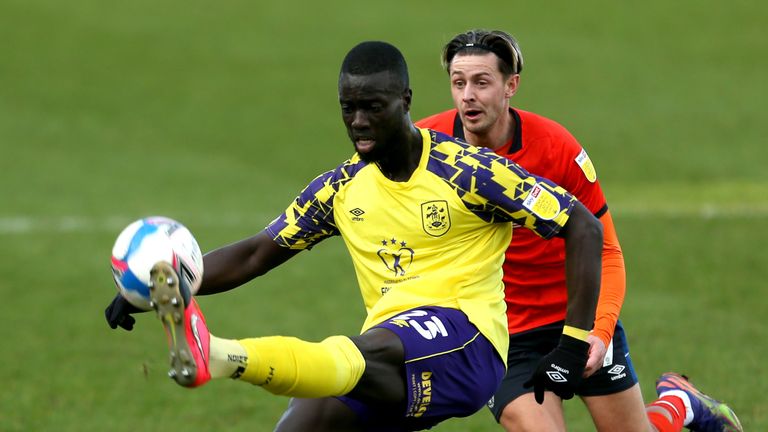 Report and highlights from the Sky Bet Championship clash between Luton Town and Huddersfield at Kenilworth Road as James Collins puts the Hatters in front but Naby Sarr earns a late point for the Terriers.

Huddersfield’s long wait for an away win continued as they were held to a 1-1 draw by Luton at Kenilworth Road.

Naby Sarr rescued a point for the visitors after James Collins fired Luton ahead.

The struggling Terriers are winless in six league games and haven’t won on the road since October 31.

Town had the lead on just 11 minutes as a fine pass from Pelly-Ruddock Mpanzu found the run of Harry Cornick and his low cross was tapped home from a few yards out by top scorer Collins for a 10th of the season. 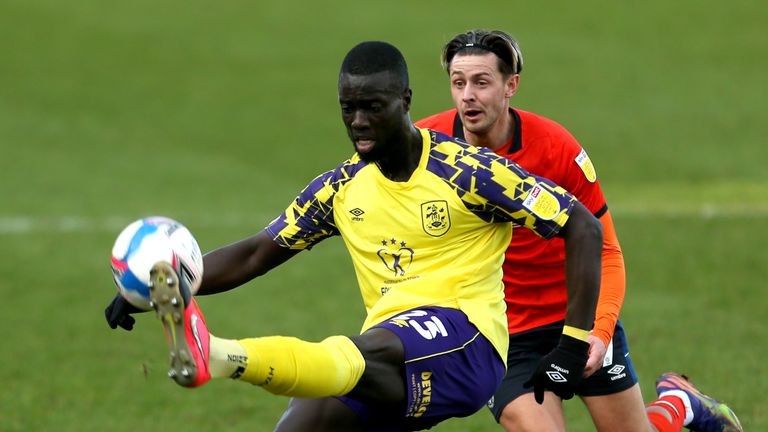 Kiernan Dewsbury-Hall curled well over as Luton looked for a swift second, while Lewis O’Brien lashed waywardly off target and Juninho Bacuna drove to the edge of the box before tamely dragging his shot wide of the mark as Huddersfield attempted to restore parity.

The Hatters should have been 2-0 ahead just before half time as Mpanzu delivered a wonderful cross to the back post where Dan Potts jumped highest but nodded against the frame of the goal.

After the break, a long throw into the visitors’ area was met by Collins but Schofield was out to smother, while at the other end Pipa went bounding forward and didn’t miss the bottom corner from 20 yards by much.

The visitors went close again but half-time sub Rolando Aarons failed to divert Harry Toffolo’s cross on target from inside the six-yard box.

Luton might have grabbed a second with 63 minutes gone, Collins teeing up Mpanzu on the edge of the box who couldn’t keep his effort down.

With 15 minutes to go, the Terriers were level when Bacuna’s low free-kick was parried by keeper Simon Sluga and Sarr side-footed home the rebound.

Carlos Corberan’s men almost had the lead moments later, as Fraizer Campbell picked out the unmarked Duane Holmes who couldn’t turn his shot beyond Sluga.

Collins was inches away from giving Luton all three points in the closing stages, meeting Clark’s low cross but Schofield did well to turn it behind.

In stoppage time, Terriers defender Harry Toffolo saw red for a lunging challenge on Glen Rea and from the set-piece the Luton midfielder might have won it only for his glancing header to strike the outside of the post.

It meant that the visitors ended a run of three straight defeats on the road, but are still without a victory away from the John Smith’s Stadium since October.