The A-League's new boys could start life with a match against the Old Lady, with Macarthur FC closing in on a deal to bring Juventus to Sydney for a glamour pre-season friendly.

Macarthur are still in the early stages of assembling their inaugural squad for next season but are already looking to make an immediate statement by luring one of the biggest clubs in world football, headlined by five-time world player of the year Cristiano Ronaldo, to Australia. 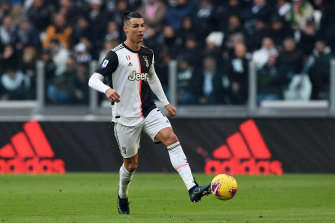 Juventus star Cristiano Ronaldo could be playing a friendly in Australia this year. Credit:Getty

Sources involved in negotiations suggest a deal to bring the Italian champions to Australia in either the last week of July or first week of August is close, with Macarthur now needing to find a suitable venue in Sydney to host the match and finalising state government funding.

The sources suggest the promoters and Macarthur have reached an agreement in principle with the Bianconeri for a one-off friendly and an accompanying Juventus 'legends' match to be played at Campbelltown Stadium. 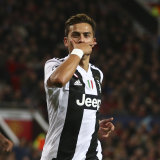 Paulo Dybala could be part of Juventus’ touring party to Australia. Credit:AP

Should a deal be reached, it would be Juventus' first visit to Australia since they played the A-League All Stars at ANZ Stadium on August 2014. They drew 56,000 to Olympic Park that day but could potentially attract an even greater attendance in 2020 having won five Italian titles since and signed Ronaldo, one of the most recognisable athletes in world sport.

However, the venue for the proposed friendly is yet to be settled on, with ANZ Stadium set to undergo renovations in early July this year.

Sources with knowledge of the negotiations suggest there has been a push for the match to be played at the 83,000 capacity ANZ Stadium in late July, which would necessitate delaying the start of renovations by a matter of weeks. The alternative is an early August fixture at Bankwest Stadium, which would not accommodate demand given its capacity is just 30,000.

As of Friday, the state government had no plans to delay renovations to ANZ Stadium, which closes for redevelopment on June 27. That would leave Bankwest Stadium as the only feasible venue, and the Juventus fixture would have to slot into what is already a busy schedule at the stadium with NRL games played on August 1 and August 8.

The 48,000-seater Sydney Cricket Ground is a third option, but the venue is not ideal for football.

A lack of suitable venues in Sydney would not stop Juventus from touring Australia, however, with the Italian champions also considering playing Perth Glory at Optus Stadium in the pre-season.

In November, Perth Glory owner Tony Sage announced his club had been involved in talks to bring the Italian giants to Western Australia, a pre-season stop which has been a hit with European clubs in recent years, with Chelsea and Manchester United playing friendlies in Perth last year.

"We’ve done a fantastic video inviting teams to Perth which we’ve sent that was with the Manchester United, the Grand Final and Chelsea packaged together with things about Perth,” Sage told Football Nation Radio in November.

“We’ve also used that video to entice Juventus and it looks like they’re coming here in August 2020 with Ronaldo, so that’s after the Euros next year. It worked with Juventus, hopefully we get that inked late next week and we can officially announce they’re coming out, so we do try to punch above our weight over here."

As part of the Macarthur proposal, Juventus are set to bring out a legends team of former star players to face an indigenous All Stars team at Campbelltown Stadium. The Juve legends team could include Alessandro Del Piero, Pavel Nedved, David Trezegeut and Ciro Ferrara to play an indigenous All Stars team affiliated with the Charles Perkins Soccer Academy run by Macarthur FC and coached by former Socceroos' coach,Frank Farina. 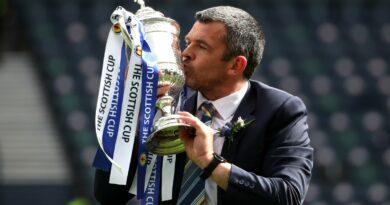 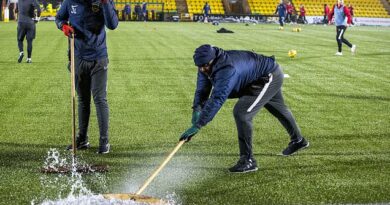 Livingston's clash with Aberdeen called off for SECOND time