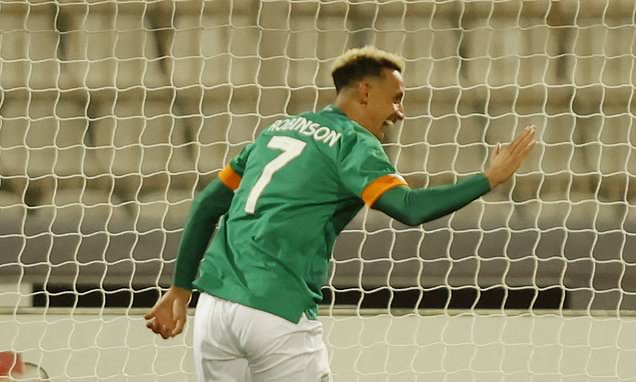 Callum Robinson’s first international goal in a year spared the Republic of Ireland’s blushes as they ended 2022 with a narrow friendly victory in Malta.

Robinson’s 55th-minute strike secured a 1-0 win on a night when Ireland were once again frustrated for long periods, this time by a side sitting 119 places below them in the FIFA rankings, to leave manager Stephen Kenny with more questions than answers ahead of Euro 2024 qualification.

That the opportunity was gifted to the frontman by an error rather than creative brilliance – even if his finish was adept – was perhaps fitting as Kenny’s men for the second time in four days laboured to break down a team intent on sitting deep and denying them space in the final third. 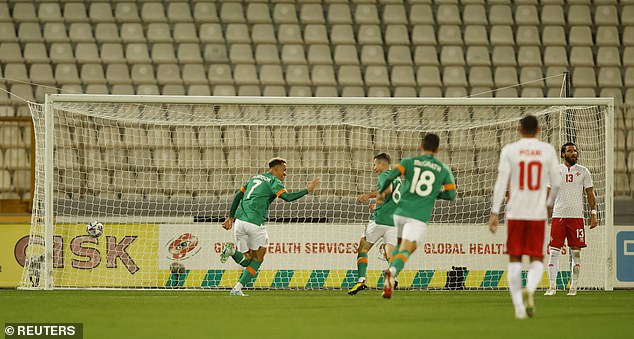 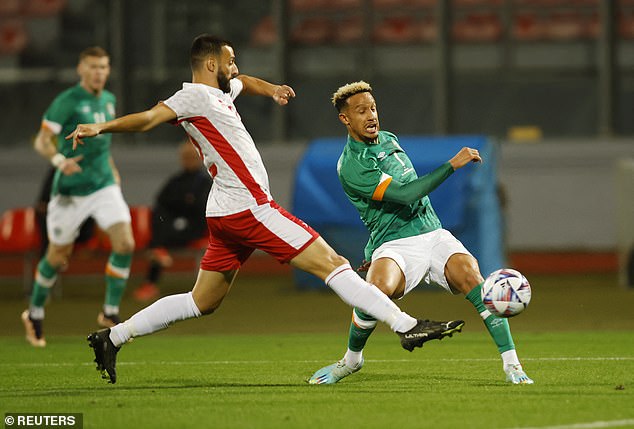 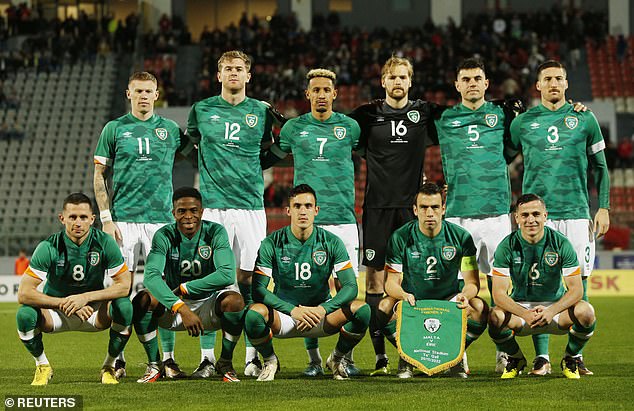 A 1-0 win was the very least they needed to take into their opening qualifier against current world champions France in March, but while that was something Group B rivals Greece could not manage in Malta three days earlier, it will do little to inspire confidence for that campaign.

Having endured a frustrating first 45 minutes against Norway on Thursday evening, Ireland set out with greater intent at the Ta’ Qali National Stadium as Alan Browne unlocked the home defence with a through-ball to Chiedozie Ogbene, whose cross was blocked, before Robinson saw a fifth-minute attempt deflected wide.

However, Ireland were fortunate to escape when the hosts got in behind Seamus Coleman and Oxford striker Jodi Jones found himself in space, but he could not beat Caoimhin Kelleher with his 12th-minute drive.

Malta, who have been drawn into the same Euro 2024 group as England and Italy, were working hard to frustrate the visitors, but Nathan Collins picked out Robinson’s 23rd-minute run and it took Enrico Pepe’s intervention to deny Ogbene a tap-in from the Cardiff-striker’s cross.

Midfielder Jamie McGrath sliced a long-range effort over the angle of post and bar and Matt Doherty only just failed to latch on to Coleman’s ball over the top, but the massed ranks of the Maltese defence held firm.

Browne instinctively stabbed wide from Doherty’s ball across goal after McGrath had crossed from the left with the break fast approaching, but there was little cause for cheer as the whistle sounded.

Teddy Teuma drilled a 48th-minute free-kick straight into the defensive wall after Jones had been tripped by Collins, but McGrath was no more successful at the other end after Josh Cullen had been felled by Alexander Satariano on the edge of the box. 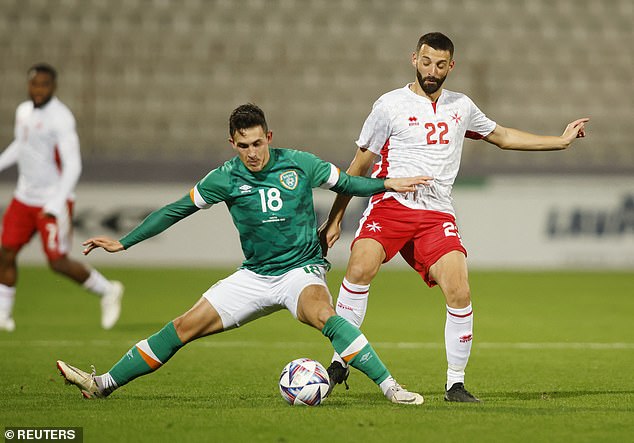 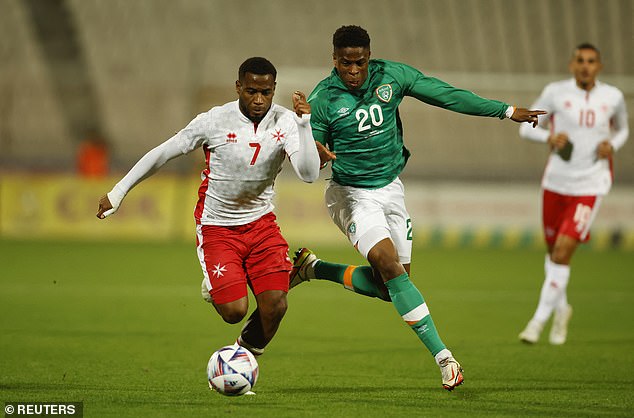 Inevitably, it was a mistake which ultimately sparked the breakthrough when Robinson ran on to Malta skipper Matthew Guillaumier’s woefully under-hit pass back and rounded keeper Henry Bonello before sliding the ball into the empty net.

Browne forced Bonello into a 61st-minute save with a firm header from a McGrath free-kick, but Kelleher had to dive full-length to keep out substitute Steven Pisani’s effort after Joseph Mbong had been allowed to surge deep into enemy territory.

Bristol City midfielder Mark Sykes made a senior debut as a late substitute with Ireland pushing for a second, and they were unfortunate not to get it when substitute Callum O’Dowda’s late attempt came back off the post with Bonello helpless.