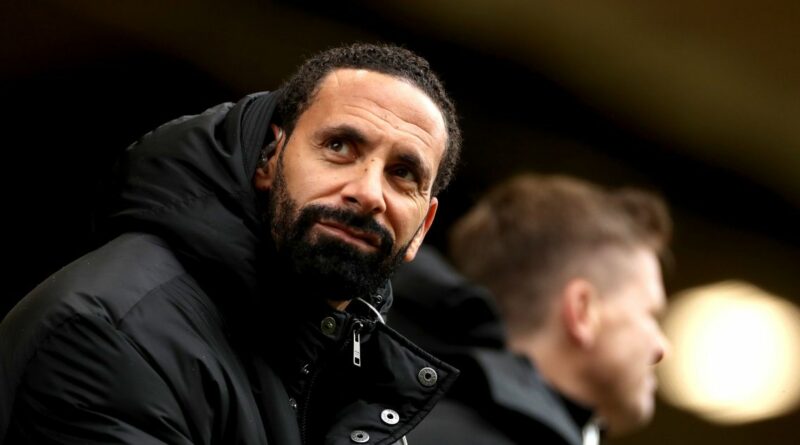 A man has been charged with racially abusing ex-England defender Rio Ferdinand the first time Wolves’ stadium hosted fans in more than a year.

Jamie Arnold, 31, is accused of using racist words and gestures during a match against Manchester United at Molineux in May.

He will appear before Dudley Magistrates’ Court on July 29.

A force spokesperson said: “We've charged a man with racially abusing football pundit Rio Ferdinand when fans returned to Molineux for the first time in over a year.

"Jamie Arnold is accused of racist words and gestures towards the former England international player during the match between Wolves and Manchester United in May.

“The 31-year-old from Stone, Staffordshire, has also been charged with making homophobic comments and will appear before Dudley Magistrates Court on 29 July.

"It was the first game where a reduced number of supporters were allowed into the ground following the easing of Covid lockdown restrictions.“

The investigation has been led by Pc Stuart Ward who was appointed the UK’s first dedicated hate crime officer within a football unit.“He is at the forefront of our unit’s ongoing work to stamp out any abuse against footballers and fans.”

Transfer Talk Quiz – Week Two: How much do you know about football transfers?