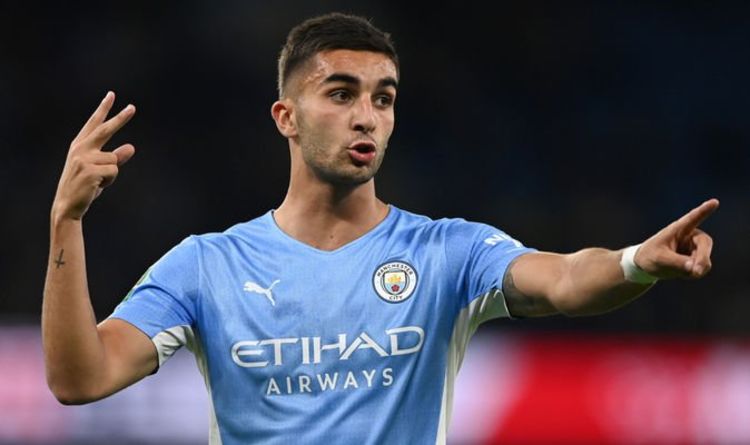 The friendly relationship between Manchester City and Barcelona could be in jeopardy as the two sides go back and forth over their requirements to thrash out a deal for Ferran Torres. The City youngster is believed to be keen on a return to his homeland, but the financial aspects of the deal threaten to bring proceedings to a halt.

Torres made an exciting start to the season in sky blue, scoring twice in his first four Premier League games.

With no senior striker at the Etihad, the 21-year-old was deployed by Guardiola in a central role thanks to his natural finishing ability.

Despite sitting out for a number of weeks through injury, Barcelona had already cottoned on to his talent and are reportedly attempting to put together an enticing offer.

Torres allegedly requires no convincing though, and Guardiola is believed to have met with two Barcelona officials in Manchester last week to discuss the move.

JUST IN: Robert Lewandowski’s reaction after Lionel Messi beats him to Ballon d’Or in second snub

According to SPORT, however, the two parties have hit a dead-end over money.

That much may not be surprising given Barca’s ongoing financial struggles, which have seen them rack up £1billion in debt and lose club icon Lionel Messi during the summer.

The report states that Barca are unwilling to pay more than £34million, which would leave City with a small profit on the £21million they paid last year.

However, due to the promise the player has shown both at the Etihad and for the Spanish national team, Guardiola and co. are reportedly holding out for at least £51million.

That leaves a big gulf between the two sides regarding their respective valuations of Torres, with their ‘good relations’ coming under threat.

It seems natural that the two clubs would normally negotiate on positive terms due to Guardiola’s hugely successful four-year stint at the Camp Nou as manager, not to mention 11 years as a player.

The two clubs have seemingly been in regular contact too after links to Ayermic Laporte and Raheem Sterling last summer, and the Catalan side appear to be following up on their interest in the latter ahead of January.

It remains to be seen whether City would let two wingers go in the same window though, particularly with Sterling being gradually phased back into the team.

While some reports have indicated that Sterling’s agent is trying to orchestrate a departure, it appears as though Torres is in no doubt about his desire to leave.

As a young player scoring plenty of goals for the national team, a high-profile opportunity to return to his native country would always be difficult to turn down.

Torres joined City from Valencia in 2020, where he rose through the youth ranks since the age of 6.

In 43 appearances for the Sky Blues, the Spaniard has managed 16 goals, made even more impressive by the fact that he was often restricted to cameos from the bench. 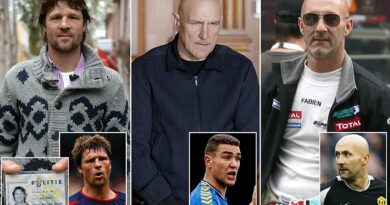 10 Premier League players who had different careers since retiring 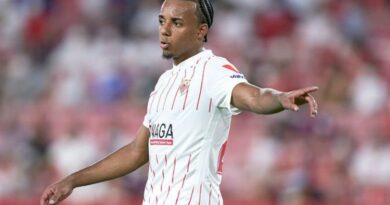