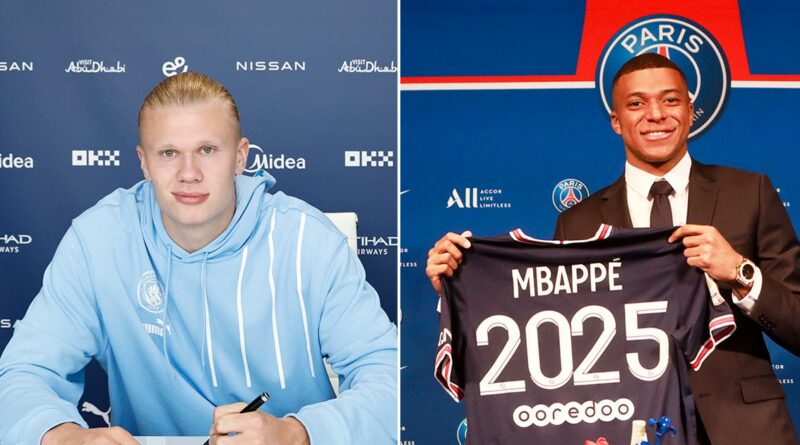 Javier Tebas, President of La Liga, has taken aim at Man City for the £51million signing of Erling Haaland, claiming the Premier League champions are "continuously breaching the current financial fair play regulations". Tebas' attack follows his scathing assessment of Kylian Mabppe's "scandalous" new contract in Paris in which the La Liga chief branded his deal "an insult to football".

A statement reads: "La Liga this week filed a complaint with UEFA against PSG, which will join another against Manchester City in April, for understanding that these clubs are continuously breaching the current financial fair play regulations.

"La Liga understands that the irregular financing of these clubs is carried out, either through direct money injections or through sponsorship and other contracts that do not correspond to market conditions or make economic sense.

"La Liga considers that these practices alter the ecosystem and the sustainability of football, harm all European clubs and leagues, and only serve to artificially inflate the market, with money not generated in football itself."

Speaking to Marca, Tebas also stated: "[City] must have done something, because Haaland asked the clubs for more apart from the £60million that have been paid.

HAVE YOUR SAY! Are Manchester and PSG harming football? Let us know in the comments section below.

"PSG is going to end up with losses of 200 million, it has already been dragging 300… and they go and renew Mbappe with those amounts. They are going to have to cheat, I don't know if paying outside the French environment or fattening up the sponsorships a lot, which they already do."

Under UEFA regulations, clubs participating in the Champions League are prohibited from considerably overspending above their income in pursuit of success. Whilst the Premier League and Ligue 1 also have their own FFP rulings, UEFA has the power to sanction clubs who gamble their long-term survival by exceeding spending, over several seasons, within a set budgetary framework.

Sanctions include fines, transfer bans and the withholding of prize money. The most severe penalty is the disqualification from a UEFA tournament.

Kaspar Schmeichel's kicking ability has been compared to Ronaldo's