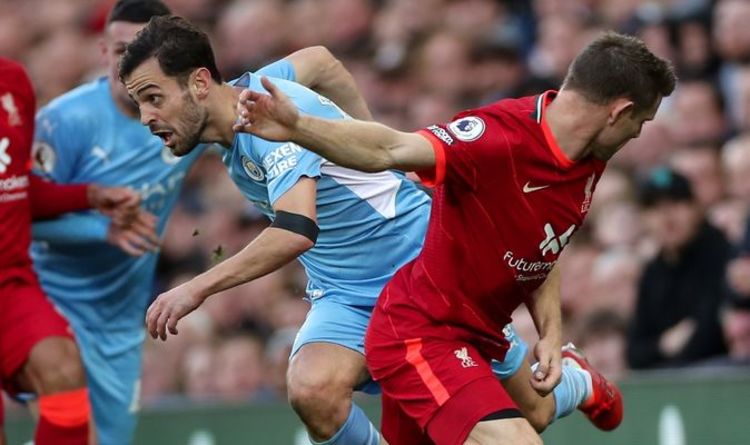 Manchester City have been told by a former Premier League referee that Liverpool’s James Milner should have been sent off during their clash at Anfield on Sunday. City were enraged when the versatile Reds man was not shown a second yellow card early in the second half.

Milner had been booked in the opening period and was fortunate not to concede a penalty on a separate occasion.

But the former England man, who was standing in at right-back for the injured Trent Alexander-Arnold, escaped punishment when he felled Bernardo Silva near the touchline.

City boss Pep Guardiola raged after the game. The Spaniard incredibly insisted that referee Paul Tierney was influenced by the Anfield crowd.

“It’s too much clear. It was a second yellow.”

And former Premier League referee Dermot Gallagher has backed up Guardiola’s claim that Milner should have seen red.

Asked why Milner was not dismissed, Gallagher told Sky Sports’ Ref Watch segment: “I don’t know. Only he (Tierney) will know why he didn’t send him off.”

It was then put to Gallagher that Tierney might have blown for an earlier foul by Jordan Henderson.

“I think even if you do [give the foul for Henderson’s challenge], given what Milner has done – and we talk about what footballer’s expect – everybody in football expects a red card.

“Yeah, there is no argument. It should have been a second yellow,” fellow Sky Sports pundit Sue Smith added.

Former Liverpool full-back Stephen Warnock continued: “He was a lucky boy to stay on the pitch.”

Gallagher was then referred to a later incident when Reds midfielder Fabinho was booked for a similar tackle.

Man City fans were outraged that the Brazilian was booked for his challenge, while Milner escaped punishment for his own.

But Gallagher offered a slight defence of Tierney, insisting that it is often difficult for referees to remain entirely consistent because they will have a different view of each scenario.

“It isn’t always easy to be consistent across 90 minutes – I’ve been there and I know that.

“But you look there at that tackle (Fabinho’s) and he gets a yellow card. You can ask why Milner wasn’t booked 10 minutes earlier.”

The incident was one of many talking points during an action-packed 2-2 draw on Merseyside.

City twice came from behind to seal a point against their Premier League title rivals. Sadio Mane handed Liverpool the lead early in the second half. 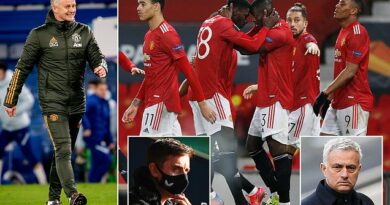