UEFA has banned Manchester City from the Champions League for two seasons for “serious breaches” of financial regulations.

The Abu Dhabi-owned English Premier League champion has also been fined $48 million in an investigation that was sparked by leaks showing City overstated sponsorship revenue.

Watch the biggest matches of the Emirates FA Cup LIVE with ESPN on KAYO. New to Kayo? Get your 14-day free trial & start streaming instantly >

Manchester City have been banned from all UEFA competitions for the next two seasons.Source:Getty Images

The punishment prevents City from playing in any European competition, including the Europa League, until the 2022-23 season.

“The adjudicatory chamber, having considered all the evidence, has found that Manchester City Football Club committed serious breaches of the UEFA Club Licensing and financial fair play regulations by overstating its sponsorship revenue in its accounts and in the break-even information submitted to UEFA between 2012 and 2016,” UEFA said in a statement.

Here's a full recap of the latest news as Manchester City have been banned from European football for the next 2 seasons. ❌? pic.twitter.com/uNYD4iiubF

City said it would appeal against the sanctions, criticising a “flawed” process. “This is a case initiated by UEFA, prosecuted by UEFA and judged by UEFA,” the club said. “With this prejudicial process now over, the club will pursue an impartial judgment as quickly as possible and will therefore, in the first instance, commence proceedings with the Court of Arbitration for Sport at the earliest opportunity.” 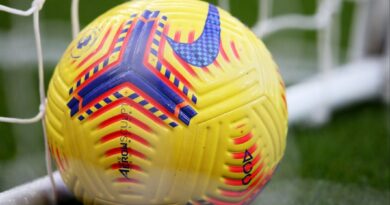