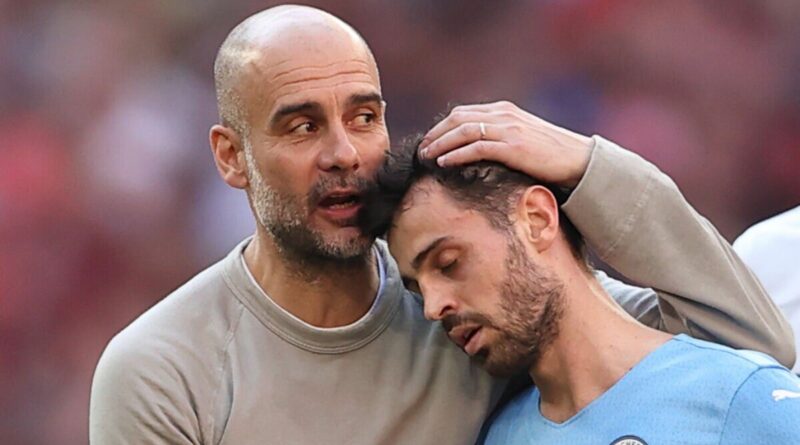 Manchester City manager Pep Guardiola reportedly has a secret agreement with Bernardo Silva as Barcelona threaten to come calling this summer. The Portuguese is fresh from another terrific season for the Sky Blues, but has previously flirted with an exit and may force his boss into a tough position over the coming weeks.

Signings of Bernardo’s calibre were thought to be out of reach for Barcelona this summer due to their ongoing financial difficulties. The Portuguese is now in his prime at 27-years-old, and City would reportedly hold out for an eye-watering £85million.

Mundo Deportivo claim that Bernardo and Guardiola have a ‘secret pact’ which would allow him to leave if City receive a fair offer. Such sums will be a stretch given Barca’s cash-strapped status, but they may be about to bank a hefty amount from the sale of Manchester United-bound Frenkie de Jong.

Only if that deal goes through would Bernardo to Barca have any chance whatsoever, and even then the money could render it unworkable. But the pact seemingly leaves the door open for La Blaugrana – a club Guardiola has friendly relations with after spending four years as boss and even longer as a player.

The 51-year-old rarely stands in a player’s way when they express a desire to leave, as shown in January when Barca snapped up highly-rated youngster Ferran Torres from the Etihad. There were murmurs last summer that Bernardo would be keen on a new challenge, and while on international duty this week he refused to rule out an exit.

Last campaign he worked his way back to the forefront of Guardiola’s first-team plans and notched 12 Premier League goal contributions in 35 matches. His work rate and versatility make him a crucial cog in City’s machine, and they would certainly have to wade into the transfer market to find a replacement.

Although Guardiola and Barca keep things friendly, he may not take Bernardo’s prospective exit lying down. When recently asked about the prospect of La Blaugrana swooping for the Portuguese, he smiled and admitted ‘it would be difficult’ for them.

City are already burdened with having to recruit one new midfielder this summer due to the departure of Fernandinho. Rodri excelled at anchoring the midfield trio last campaign, so Guardiola and co may find it a tough sell convincing a top player to come in as the Spaniard’s understudy.

Whatever City do between now and the end of the summer is unlikely to top the signing of Erling Haaland from Borussia Dortmund. The 21-year-old has already notched a staggering 173 goals in senior football, and scored just shy of one goal per game throughout his time with BVB.

On his arrival, Guardiola said: “It is a decision for the club to make a good signing for the future. He can come for many, many years hopefully and I am pretty sure he will adapt perfectly to our team but for next season.

“He is an incredible young talent, perfect age. I am pretty sure we are going to help him settle as best possible.” 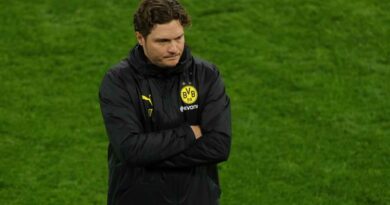