Manchester City were left furious with VAR after they were denied a penalty just moments before falling behind against Liverpool at Anfield.

The Reds took the lead when Fabinho picked up the ball outside the box unleashed a stunning strike into the corner.

However, the same passage of play had seen Trent Alexander-Arnold appear to handle the ball in the Liverpool box before they kick-started the counter-attack that led to the goal. 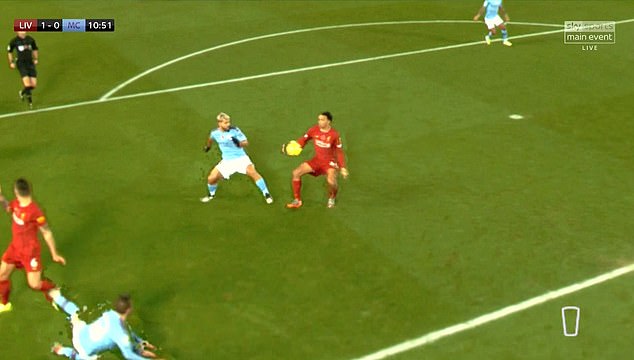 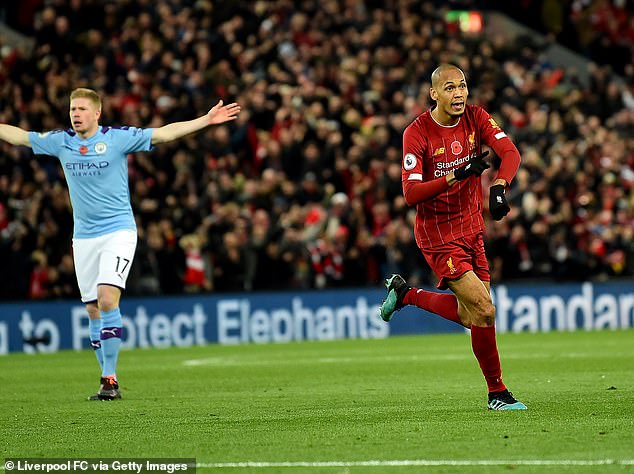 Bernardo Silva’s cross from the right was looking to find Sergio Aguero in the box but the ball hit Alexander-Arnold’s outstretched hand.

The penalty wasn’t given and City then found themselves behind just minutes later.

Things got worse for the visitors when Mohamed Salah doubled the lead with a header from Andy Robertson’s cross.

City fans were asking questions of VAR again with the Egyptian looing like he could well have been slightly offside. 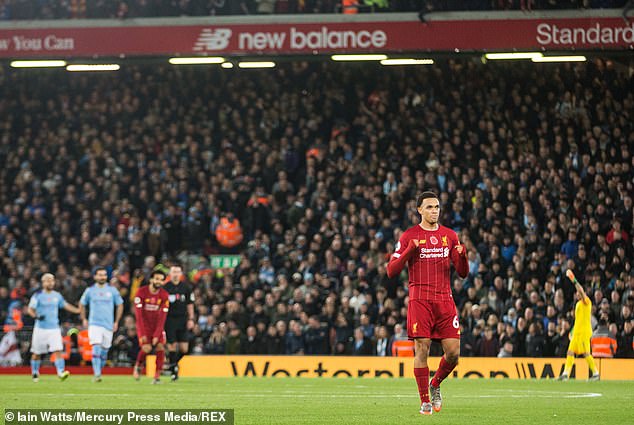