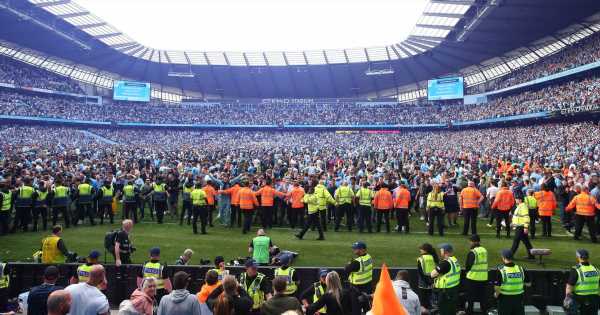 A Manchester City supporter who ran on to the pitch during his team’s Premier League final day clash with Aston Villa has received a four-year football banning order.

Paul Colbridge, 37, from Salford, entered the playing area at the Etihad Stadium on May 22 after City midfielder Ilkay Gundogan scored in the 81st minute to complete a 3-2 comeback win and clinch the Premier League title. He approached Aston Villa goalkeeper Robin Olsen and taunted him, Manchester Magistrates’ Court heard.

Colbridge then turned his attention to the away team’s supporters as he faced them "in a way that was provoking them into action", said prosecutor Nick Smart.

He later slipped as he dashed across the penalty area and was apprehended by match stewards. The prosecutor said there had been a marked increase in pitch encroachments in the UK since the pandemic.

He said: "It encourages others to act in a similar fashion."

Colbridge pleaded guilty to going on to a playing area at a football match without lawful authority or excuse. Representing himself in court, he told the magistrates: "It was a stupid act and something I regretted immediately.

Should there be stricter security at football matches in order to prevent pitch invasions? Let us know what you think in the comments section. "To me, it was fuelled by alcohol. The following Monday I sought out someone from the club and sent an apology by email. I also apologised on one of the City forums.

"It was a moment of madness. Pure elation. I wear my heart on my sleeve. I have been going to City for 20-odd years, I’m a season ticket holder and I’ve never been on the pitch before."

Imposing the football ban, chair of the bench Wallace Johnson said to the defendant: "What you did was deliberate and flagrant. Colbridge, of Whitegate Drive, was also ordered to pay a fine and costs totalling £795. Thousands of City fans poured on to the pitch at the final whistle as they celebrated their team’s thrilling victory to pip Liverpool to the title.

Inquiries are ongoing into a reported assault on goalkeeper Olsen during the mass pitch invasion. 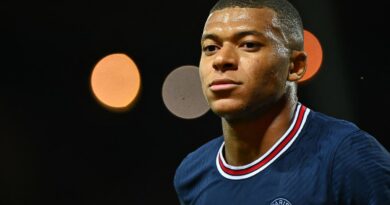