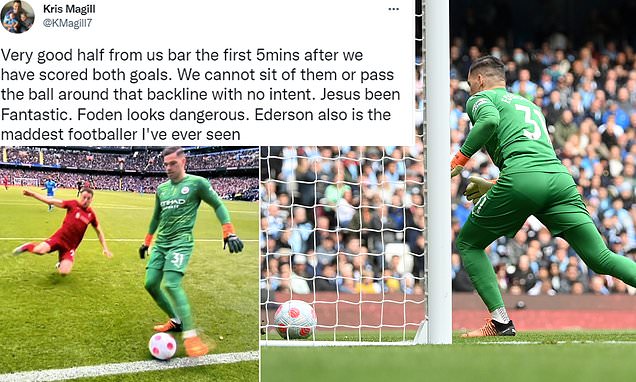 ‘The maddest footballer I’ve ever seen!’: Man City fans left stunned by how cool Ederson stayed while passing the ball off the GOAL-LINE following his own poor touch, despite Diogo Jota chasing him down

Manchester City fans have reacted with incredulity after an incredibly composed goal-line clearance by Ederson in their Premier League title decider against Liverpool on Sunday.

The Brazilian goalkeeper failed to control the ball initially, causing it to spin towards his own net while Reds forward Diogo Jota sprinted to put him under pressure.

But the 28-year-old ran back to his own goal-line and coolly made a square ball to team-mate Aymeric Laporte to play himself out of trouble with nerves of steel. 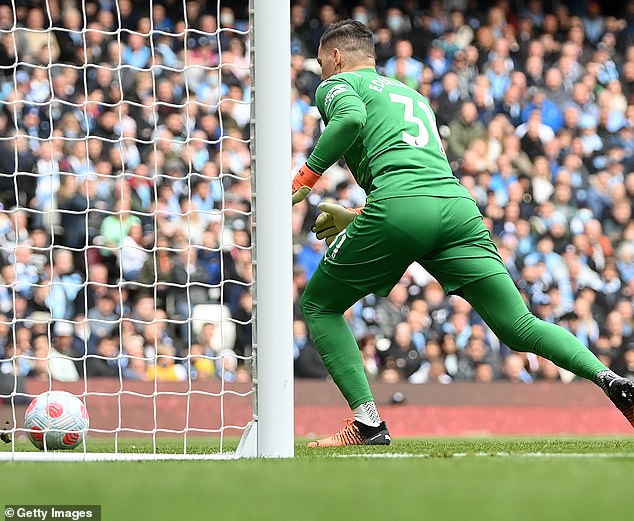 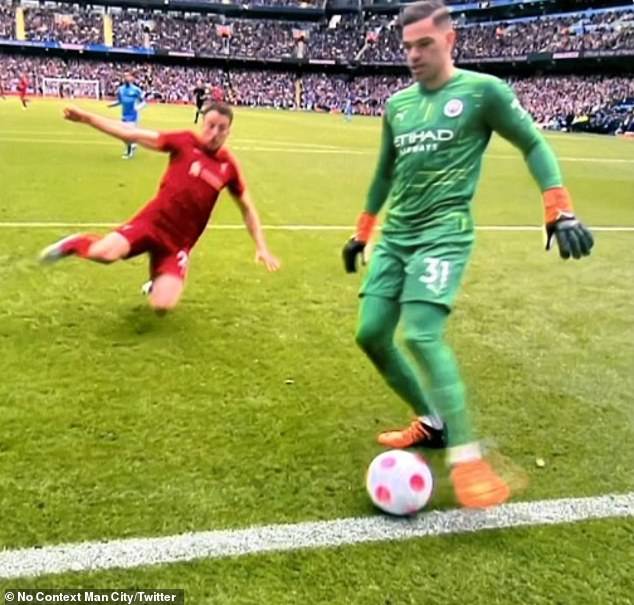 One fan called Ederson ‘the maddest footballer I’ve ever seen’ after the incident.

Another said: ‘He’s so calm, definitely saw all those ‘Alisson better than Ederson’ (comparisons) before the match lmao’.

A third tweeted: ‘Ederson with his own goal line clearance,’ followed by a cry-laughing emoji.

Another added simply: ‘My anxiety can’t take this,’ with a fifth saying: ‘Fully lost my head when this happened!’

One joked: ‘Took a few years off my life that’s for sure’.

A seventh said: ‘My half-time thought is that Ederson is one crazy fellow’.